A Book and a Chat with Kelly McClymer 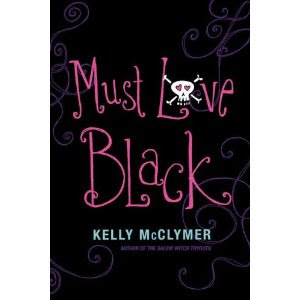 My guest today is Kelly McClymer, from early days putting on and directing plays with her three younger sisters, she was inspired by stories such as Cinderella and Sleeping Beauty, her favorite book being the “The Complete Tales of the Brothers Grimm” and her favorite story as we discussed being “The Six Swans".

She finally followed this love of writing through with her first book “The Fairy Tale Bride” (see Brother Grim were never far away), the first book in her “Once Upon A Wedding” series of romance stories. This early success was followed by several more in the series, such as “The Unintended Bride”, “ The Star Crossed Bride” and “The Next Best Bride” to name but a few. Yes they all had “Bride” in the title, but this was soon to change.

From the romance novels Kelly change tack and started a humorous YA series starting with “The Salem Witch Tryouts” which is sort of a mix between “Bewitched” and “Get It On”, this successful book was followed by “She’s A Witch Girl” and “Competition’s a Witch”.

At the same time an idea Kelly had for a “chicklit” book aimed at adults turned itself into a YA novel called “Getting To Third Date”.

About “Getting To Third Date”:

Katelyn Spears is a firm believer in the two-date rule. First dates are so awkward; every guy deserves a second chance. But a third? Not unless he's got serious Romeo potential.

Enter Tyler. Tyler thinks Katelyn's rule is too harsh. He dares her to go back through her Little Pink Book and grant a third date to all the two-date duds. Oh, and she should report back to the whole school via her newspaper column. Standing by her policy (and determined to prove Tyler wrong), Katelyn makes a few phone calls. But will any of her old flames rekindle a romance?

This first was followed by another change in direction with “Must Love Black”.

About “Must Love Black”:

NANNY FOR 10-YR-OLD TWINS. MAINE COAST. OWN ROOM & GENEROUS SALARY. MUST LOVE BLACK. “Must love black?” Sounds like a coffee-loving, seclusion-seeking goth girl's dream job. Philippa isn’t fazed by the fog-enshrouded mansion on a cliff, the weirdest twins on the planet, or even the rumors about ghosts, ‘cause when she meets the estate’s hot gardener, Philippa’s pretty sure she’s found her dream boy, too. Too bad Geoff’s already taken…by a girl whose wardrobe is head-to-toe pink. Still, Philippa can’t get Geoff out of her head. What will it take to lure him to the dark side?

Kelly shared with us how she is re-editing and re-launching many of her book in E-format, as well as finally perhaps that adult version of “Getting to Third Date”

So listen to an interesting and hugely entertaining show as I spend thirty minutes sharing "A Book and a Chat with Kelly McClymer".

You can find out more about my guest and their books at:
"Kelly McClymer - Must Love Black"

Email ThisBlogThis!Share to TwitterShare to FacebookShare to Pinterest
Labels: BEA Book and a Chat, Getting to Third Date, Kelly McClymer, Must Love Black, The Fairy Tale Bride, The Salem Witch Tryouts, YA author