A Book and a Chat with Caridad Pineiro 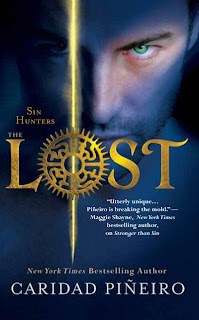 On Tuesday my guest Daren Krupa told us how at the age of fifteen his English teacher asked him to write a book on the meaning of life, my guest today went one better, in fact you could say twenty seven better.

Caridad Pineiro multi award winning author, love of the written word developed when her fifth grade teacher assigned a project – to write a book that would be placed in a class lending library. She has been hooked on writing ever since.
From that early success, Caridad has gone on to produce twenty seven published novels, this after her first novel ”Long Way Home” failed to find acceptance with a publisher. That how ever did not stop this great author, whose books have been compared with the JD Robb series.

Caridad has moved from one hit series to another going from traditional romance, to being one of the forerunners of the vampire type romance books.

Her award winning titles include hits such as “Death Calls” one of the novels in the award-winning THE CALLING Vampire series, “Sins of the Flesh”, the “South Beach Chicas” series and now another new series and another hit with her latest novel “The Lost”.

Adam Bruno is no ordinary millionaire. The heir to an ancient race possessing a dark, powerful magic, he can shapeshift and create energy. His gifts make him a living weapon and have forced him to live in seclusion. But now an inhuman force hunts down Adam-just when he finds someone who makes him feel more human than he ever imagined possible . . .

Home from combat in Iraq, Bobbie Carerra wants only peace, yet soon joins Adam in a terrifying battle against paranormal enemies who hide in plain sight. She's drawn to his strength of mind and body; he's attracted to her courage and intoxicating energy. Their scorching passion can either transport them to the heights of ecstasy or-if Adam's powers rage out of control-destroy them. But when an invisible brotherhood tightens its nets and someone Adam trusts betrays him, only a heartrending decision can save them.

The Lost is the first in the “Sin Hunter” series; the reviews she has received have been fantastic…

With praise such as she has already received you know that Caridad has another hit on her hands, as one reviewer out it…

“THE LOST is an excellent beginning to a new series that will have readers counting the days until the second Sin Hunters book is released."

So listen to an interesting and hugely entertaining show as I spend thirty minutes sharing "A Book and a Chat with Caridad Pineiro".

You can find out more about my guest and their books at:
"Caridad Pineiro - The Lost"

Thank you for chatting with me! I had such a lovely time with you and hope to do it again soon.