A Book and a Chat with William Link 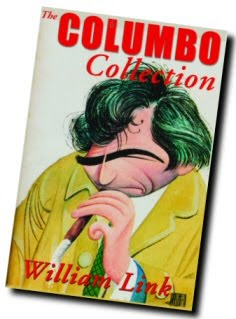 Two Emmys, two Golden Globes, Lifetime Achievement Awards the list goes on and on for my guest today, the one and only William Link. From his only days drawing stories, producing his own comic books and creating his own super heroes, William went on to produce with his boyhood friend Richard Levinson fourteen on-the-air TV series. Columbo the short unkempt, shapeless raincoat, cigar smoking unassuming plainclothes detective was one of these. “Murder She Wrote, Mannix, McCloud, Ellery Queen, The Bold Ones and the Broadway musical “Merlin” the list just goes on and on. 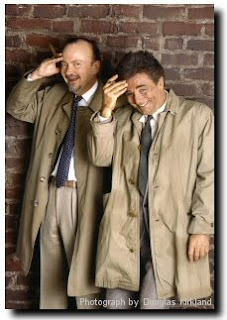 The short and skinny Mr. Link met the tall and skinny Mr. Levinson—both of whom also liked doing magic tricks—on their first day of junior high school. Almost at once, they formed a team and began pulling fictional rabbits out of hats. They sold their first story to Ellery Queen’s Mystery Magazine while still in college; they wrote theatrical shows at the University of Pennsylvania; and, after a spell at the Wharton School of Business, they partnered to become TV writers

After Dick Levinson’s death in 1987, at 52, Bill continued writing in the short-story form he and his late partner had started with in their high school days. And in a lot of his tales, he cast Columbo as the hero. As Bill says... “He’s the most popular character we ever created; so why not?’”

Whereas most of the TV detective stories come from books, in this case the book is being produced after the TV show, as William launches his book “The Columbo Collection” a brilliant book of twelve new stories in which villains literary try to get away with murder only to find themselves up against the rumpled, crumpled but unflappable Columbo.

It should come as no surprise, perhaps, that the good lieutenant, after all these years, seems right at home between bound covers. Once again, the “Just one more question” statement reactivates those golden days of detective stories in this wonderful series of new stories.

From anecdotes to characters, from what he is writing now to how there was a school on investigation based on the Columbo way of getting to the murderer, the show was full of entertainment and enjoyment.

So sit back and enjoy an entertaining thirty minutes of a "Book and a Chat with William Link".

You can find out more about my guest and their books at:
"William Link - The Columbo Collection"


Next Saturday, October 23rd I will be a panelist at...www.writeanglesconference.org http://writeanglesblog.wordpress.com