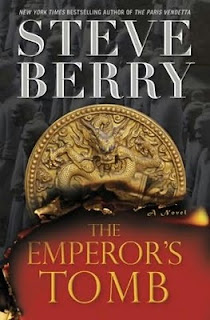 Eleven million books in print, which have been translated into 37 languages and sold in 50 countries, that is the literary status of “Steve Berry” my guest on today’s “A Book and a Chat”. His novels have earned spots on The New York Times, USA Today, Publishers Weekly, and BookSense bestseller lists, but it was not always like that.


A practicing attorney (at the time), Steve has been writing since 1990, but it took him 12 years and 85 rejections (over five different editions) to finally sell a manuscript “The Amber Room” to Ballantine Books. 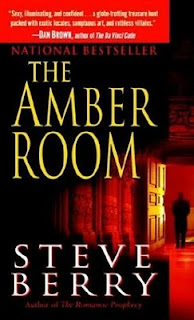 As Steve shared with us, though the first book picked up by a publisher, it was actually the fourth of the eight books he’d written at the time. This was followed by “The Romanov Prophecy” (his book 5) and “The Third Secret” (his book 6). All of which became best sellers. Not that the other books were wasted, as Steve shared, much of his other work has be plagiarized to produce some of his other works. So as Steve stated “Never though any of your work away”.

In 2006 Steve released the first of his Cotton Malone series which with “The Emperor’s Tomb” being released in November will number six, including such thriller classics as “The Templar Legacy”, “The Charlemagne Pursuit “ and “The Paris Vendetta”. 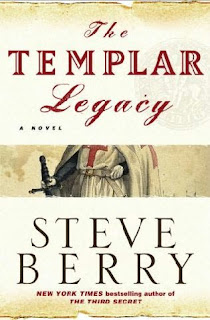 Along with his success Steve Berry has also been able to give back from his experiences from his struggling beginning and rejections to the success he now enjoys in the way of talks and seminars. “History Matters” is part of this is that he and his wife, Elizabeth, founded, a nonprofit organization dedicated to aiding the preservation of our heritage.

Also along the lines of giving back, Steve told us about an up and coming trip he is making as part of “Operation Thriller”. He is one of five of today’s most celebrated “Thriller Writers” will embark on week-long USO Tour to visit troops stationed in the combat zone in the Persian Gulf. The writers include Dave Morrell, Doug Preston, James Rollins and Andy Harp as well as Steve himself.

While not able to give us too much details about when this trip will happen, we discussed having Steve back on the show to share with us his own trip of adventure as well as how the launch of his new book “The Emperor’s Tomb” has gone.

We also gained a little information about the next book that this wonderful author will be launching in 2011, something that has me scanning the “Constitution of the United States” to see if I can find the lead that has lead to Cotton Malone’s next adventure.

From humble beginnings of working in a pet shop where Steve got “bitten, and stung by every animal you can think of”. To a globe travelling bestselling author Steve Berry is not only a fascinating and entertaining writer, but also a wonderful host to have on a radio show.

So sit back and enjoy an entertaining sixty minutes on a "Book and a Chat with Steve Berry".

You can find out more about my guest and their books at:
"Steve Berry - The Emperor's Tomb"


Next Saturday, October 23rd I will be a panelist at...www.writeanglesconference.org http://writeanglesblog.wordpress.com