A Book and a Chat with Todd Riemer 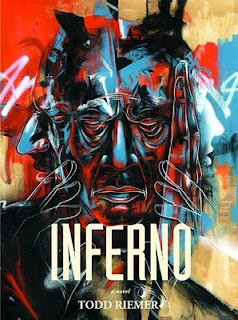 Todd Riemer is my guest on todays “A Book and a Chat” chatting about his debut novel “Inferno".

A Los Angeles native, Todd explained how he wrote the book over a two-year period and was highly influenced by such classics as "1984," "A Clockwork Orange," "Brave New World," "Waiting for the Barbarians" and "Fahrenheit 451." Mixed in with his experiences as a member of the Jewish-American community, and the study of the Holocaust.

Todd shared with us his aims and his desires in writing his book, how his worldly travels have given him insight into not just character development but also the sights, sounds and smells of his sensory writing.

Inferno, a dystopian novel, explores the social, political and economic forces that cause the breakdown of civilization; the incidents, people, and obstacles that seem to rip the world apart at its seams, test our ethics, and show us a vision of our environment inverted directly upon itself.

The book takes you through a post-apocalyptic future ruled by the
despotic Magistrates. The hero, Blum, quests to overthrow their
authoritarian regime in order to avenge the death of his lover, Isabelle.
Blum makes an unholy pact with the Midnight Man, putting his soul on the
line for the opportunity to kill those who have murdered his beloved. As he
struggles through Wasteland and Metropolis, he learns that even the price of
his soul may not be enough to redeem her.

As we discussed during an entertaining program, it is a book where one has to peel back the outer layers of sexual fantasy, mind altering religious connections and the horrific “purification” of the world to see the this vision of the future is frighteningly familiar to us all.

The wonderful cover of “Inferno” and the others items linked with the book on Todd’s web site also came under discussion, also the future productions which will turn Inferno into a trilogy.

So sit back and enjoy today’s throughly enjoyable “A Book and a Chat with Todd Riemer”.

You can find out more about my guest and their books at:
"Todd Riemer - Inferno"