A Book and a Chat with Liesl Shirtliff 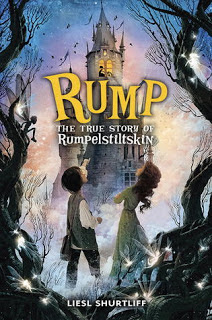 It was another of our one hour specials as I introduce to the audience and chat with another member of the “Class of 2K13” in the form of author Liesl (like Weasel) Shirtliff.

Liesl grow up in Salt Lake City, Utah the fifth of eight children, a childhood filled with magic be it from her love of dancing, singing, playing the piano or reading, she read Grimm’s Fairy Tales so often she wore through the binding.

Like the Brady Bunch, plus two she remembers summer when her parents piled all the kids in a 12-passenger van, complete with a license plate that said 8SGREAT, and drove to California where she spent magical summers on mountains and lakes and beaches. The fact she later had to drive that same van to school somehow takes a little away from the story.

Her love of music continued and she received a degree from Brigham Young University in music, dance, and theater, thinking her life would involve belting out show songs, this  changed with the birth of her first child, Liesl settling to the slightly quieter art of writing.
Now Liesl drawing from her love of fairy tales shares her debut midgrade book “Rump”.

About “Rump” (taken from OneFor KidLit)

In a magical kingdom where your name is your destiny, 12-year-old Rump is the butt of everyone’s joke.

Rump has never known his full name—his mother died before she could tell him. So all his life he’s been teased and bullied for his half-a-name. But when he finds an old spinning wheel, his luck seems to change. For Rump discovers he can spin straw into gold. Magical gold.

His best friend Red Riding Hood warns him that magic is dangerous—and she’s right! That gold is worth its weight in trouble. And with each thread he spins, Rump weaves himself deeper into a curse.

There’s only one way to break the spell: Rump must go on a quest to find his true name, along the way defending himself against pixies, trolls, poison apples, and one beautiful but vile-mannered queen. The odds are against him, but with courage and friendship—and a cheeky sense of humor—Rump just might triumph in the end.

As we heard during the show there were a few items that had to be changed along the way, such as the name of the donkey, however the resulting novel is a fairy tale master piece for all to read and enjoy.

I had never been a big fan of the fairy tale, Rumplestiltskin but this book changed my mind! Such a fun, humorous and clever take on the classic. I read it to my children ages 5 - 9 and they couldn't wait for bedtime when they could listen to another chapter of this magical book full of trolls, fairies, bullies, magic and a surprising hero. One of the best children's books I've read in a long time. I can't wait for another book by Liesl Shurtliff.

As we learned there is another book based on Jack and the Beanstalk already on the horizon, and I for one can’t wait to read more from this talented author.

So listen now and share an interesting, and entertaining show as I chat with my special guest today on A Book and a Chat with Liesl Shirtliff

You can find out more about my guest and their books at:
"Liesl Shirtliff - Rump"