A Book and a Chat with C.L.Talmadge 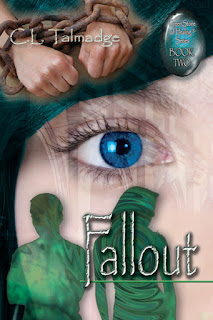 As has been said on previous shows some people have been born to write and my guest on today’s “A Book and a Chat” is one such person.

C.L. Talmadge at the age of 13 new she wanted to write a novel, however at that time she was not ready to do so. She did however go on to create a career as a professional writer, when she became associate editor of The Suffolk County News. She has since been a fulltime staff writer at or freelanced for numerous media that include Adweek, Business Week, the Dallas Times Herald, Forbes, the International Herald Tribune, The New York Times, and Reuters America, among many others.

A couple of failed attempts to start the dreamed of novel came and went but her dream would not go away. After a period in her own life that produced a tremendous self-discovery, spiritual awakening, and profound emotional and spiritual healing and growth. She came to realize that the characters were showing her glimpses of lives were not just characters wanting to be part of her creation, but insights into her own past lives.

Suddenly one morning in 1998 she woke up knowing the story was there to write. Fourteen months later she had the rough drafts of not only "The Vision", but also of the second book, "Fallout".

That was the start of the Green Stone of Healing series, which now amounts to four books, "Outcast" being the latest in the series, with number five in the editing stage and number six already clamoring at her sense to be have its story told. 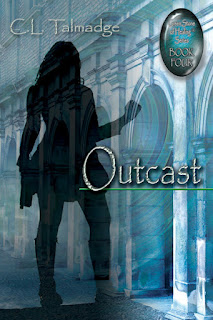 About “Green Stone of Healing” series (Taken from thegreenstoneofhealing.com)

What happens when politics, passion, and piety collide? The resulting global cataclysm obliterates a mighty nation and nearly destroys the world.

Welcome to the website of the Green Stone of Healing® speculative epic. This saga is a unique blend of action-adventure, alternate history, palace intrigue, the paranormal, and undying romance.

This serialized fiction chronicles how state backing for an exclusionary religion leads to worldwide destruction that sweeps away all traces of a powerful island country called Azgard.

These courageous protagonists use their jewel to offer a loving, inclusive alternative to theocrats who persecute those who do not look like them or share their beliefs.

Readers who become fond of these characters will be delighted that they reincarnate on their spiritual sojourns, affirming that not even death can divide lovers and loved ones (or enemies).


So listen now and share an interesting, and entertaining show as I chat with my special guest today on A Book and a Chat with C.L.Talmadge

Direct link to the show
"A Book and a Chat with C.L.Talmadge"

or you can download the mp3 file of the show from
"C.L.Talmadge"

You can find out more about my guest and their books at:
"C.L.Talmadge - Green Stone of Healing"

Email ThisBlogThis!Share to TwitterShare to FacebookShare to Pinterest
Labels: A Book and a Chat, A Heart That Dares, C.L.Talmadge, Fallout, Fantasy, Green Stone of Healing, Mind and body, Outcast, part paranormal period romance, The Scorpion s Strike, The vision