A Book and a Chat with Mar Preston 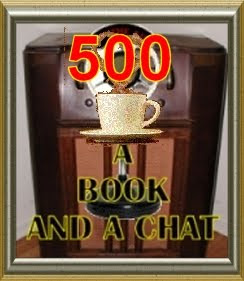 Today was special “A Book and a Chat" being the 500th show and it was fitting that the guest I had not only kept us laughing but proved yet another interesting and entertaining visitor to the radio show.

Mar Preston has lived a pretty eventful live, when her previous jobs include picking grapes in the Beaujolais fields and daffodils in Eureka, California, where she also sold Fuller Brush door to door, cleaned motel rooms, cracked crab and filleted fish. Her “what if” view on life and imagination developed through short stories until finally after seeing some police monitoring a march she was taking part in the idea for a detective story was born.

Her first book “No Dice” introduces us to melting pot that is Santa Monica as well as Police Detective Dave Mason and Ginger McNair. The knowledge she shows within this real who done it has been remarked about in many rave reviews.

I am totally shocked that this is the author’s FIRST novel! It is such a fast paced who-dun-it, that I would have thought she had 5 or 6 books under her belt! Guess being a creative writing teacher really DOES give you the writing chops! You will be hooked from the first chapter of the tight story.

Her characters are lively, true to life and you can’t beat real life for giving you an excellent backdrop to base a story on! The story has lots of twists and turns to keep you guessing. Even if you guess who the murder suspect is before the end, you’ll be flipping the pages quickly to see how they get caught! You’ll also be hoping there will be another book to follow- and there will be… If you’re looking for a new voice in the police procedural genre, check it out... 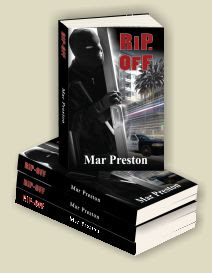 The success of this first book leads to “Rip Off” and more of Detective Dave Mason.

High-tech burglary and murder are bad for business in the upscale, tourist-destination beach city of Santa Monica with its leftist politics, rich homeowners, and huge homeless population.
Bad for Detective Dave Mason of the Santa Monica Police Department.

A deadbeat burglar has been found in the upscale Santa Monica beach condo of a playboy studio exec. The dead body must link up with a string of high-tech burglaries, and the Chechens Mason keeps meeting must link up with each other somehow, but how?

The investigation leads him down mean streets into the dark world of embezzlement and an explosion that almost kills him. The stakes rise as the investigation send Mason to the Hollywood Russian community where he is warned off by the FBI and Homeland Security. A bungled take down results in two murders of key informants. Fingers are pointed. Mason is outranked and the Department blamed.

While Mason brings an international whodunit to an end, restoring his own and the Department’s reputation, he finds his relationship with his community activist girlfriend teetering on the edge.

As Mar shared with us a third Dave Mason book is on the way ash she herself wants to know what happens next to Dave and Ginger.

Meanwhile there is a new “standalone” novel “Payback” soon to hit the shelves.

A California mountain village explodes with the news of the beheading of a popular mayor. But we’re all such nice people here in our little paradise, aren’t we, people ask?

It’s up to Sheriff’s Homicide Detective Dex Stafford to discover who of all these nice people has a dark motive. The village’s Patrol Officer, Holly Seabright, turns out to be a helpful, and attractive, ally in the dangerous unraveling of this fast-paced story.

As a reviewer said…

“Her in-depth research into police work, how the police think and function; the story itself which kept me spellbound to the surprising end. Love her character development. A must for all lovers of mystery. “

I for one agree with that and I could not be more pleased to have Mar Preston as a guest on this 500th show.

So listen now and share an interesting, and entertaining show as I chat with my special guest today on A Book and a Chat with Mar Preston

You can find out more about my guest and their books at:
"Mar Preston - Rip Off"