A Book and a Chat with Jerry Pollock 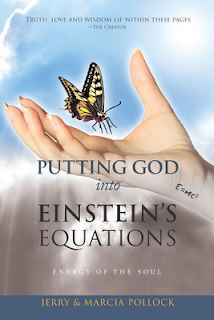 Jerry Pollock has a Bachelor of Science and Master of Science in pharmacy from the University of Toronto, he heard gods voice in twice in a couple of weeks 1982 which he kept quiet for ten years until he heard the voice gain in January of 2009 which started his life down a new road.

This second reception followed by several visual miracles which he wrote about in his first book “Divinely Inspired: Spiritual Awakening of a Soul” a tale of one man's story to lift himself out of the despair of bipolar disorder, near suicide, neurotic behavior, and scientific cheating to emerge on a path to God and His Ten Commandments. The author's transformation from a damaged and ravaged soul to merging into God's Light is seen through unusual miracles of divine intervention.

This was followed by a religious fiction novel “Messiah Interviews: Belonging to God” which received reviews like "A fascinating Messianic journey. Gently challenges the soul to seek a Higher purpose. Richly written and admirably candid."

After this and with motivation from his wife he completed a religious thriller “Gog & Magog: The Devil's Descendants". Which is a Biblical fantasy thriller describing Satan's plots to bring about Armageddon through manipulating the world into a war of the means that has not been seen before.

His wife Marcia passed from this world on March 18, 2011, from liver cancer, however she has not left her soul mate Jerry, and over a period of time has made contact with him, and working with him has enabled the publication of “Putting God Into Einstein's Equations: Energy of the Soul”

About “Putting God Into Einstein's Equations: Energy of the Soul”

Merging the Physical World With the Spiritual World

Putting God Into Einstein's Equations: Energy of the Soul is a provocative and compelling book that weaves together empirical, scientific observation, academic research, and theoretical and theological considerations, bolstered by revelatory, first-hand testimony bearing witness to the existence of the Divine soul in both the physical and spirit worlds.

Equally explored and discussed are practical first hand experiential techniques for hypnotic-spiritual world regression and directing spiritual energy and using light to alleviate negative forces. Above all else, Putting God Into Einstein's Equations seeks to advance an awareness and comprehension of God, drawing upon points of reference as diverse as Qigong and yoga to the word of rabbinical scholars.

So listen now and share an interesting, and entertaining show as I chat with my special guest today on A Book and a Chat with Jerry Pollock

You can find out more about my guest and their books at:
"Jerry Pollock - Putting God Into Einstein's Equations: Energy of the Soul"

Email ThisBlogThis!Share to TwitterShare to FacebookShare to Pinterest
Labels: A Book and a Chat, Gog and Magog, Jerry Pollock, Messiah Interviews, Putting God Into Einstein's Equations: Energy of the Soul, Religus Fiction, thriller