A Book and a Chat with Traci L Slatton 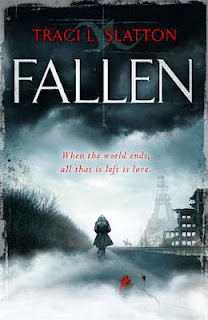 • A month or two ago I had the pleasure to interview the great artist and sculptor Sabin Howard on “A Book and a Chat” re his wonderful book “The Art of Life”. One of the things I learned during that show was not only how much his wife had helped with the writing of the book, but that she was also a prize winning author in her own right. So of course I had to have her on show and today was that time when I presented “A Book and a Chat with Traci L Slatton".

Traci has written poetry from an early age, studying English and creative writing at Yale before fallowing a the path of a hands-on healer, Traci considered that her role as a healer was not to fix her clients, but to go with them on a journey of questioning old patterns, discovering blocks in the body's natural flow, and re-educating the consciousness in a more whole way of being.

Her love for English was never far away and she continued to write poems, short stories, and articles in magazines and literary journals. Her debut novel linked her love of the Italian Renaissance within in an historical novel a period when thinkers like Pico della Mirandola, Leonardo da Vinci, and Marsilio Ficino were engaged in questioning the nature and relationship of science, art, and the soul. This novel “Immortal” has since become a hit throughout the world and as we heard could soon become a film

This early success was followed by The Botticelli Affair is a romp through the art history byways of vampire lore. Where Laila Cambridge, in the world of art forgery was Queen. Her artwork seemed to come from the original artist (and, actually did, kind of) and NO ONE who didn’t know could tell hers from the original one. They sold for millions...

Her latest book "Fallen” has already won several awards being the first of a trilogy, it already has readers and reviewer’s clamoring for book two, wanting to know what happens next.

While it has been said that could be classed as a paranormal novel there is so much more about “Fallen”. It is also a love story set in a post-apocalyptic world, where people have been stripped of everything. They have to rely on each other for survival. New alliances and intimate relationships are formed.. A love story that might not have happened if the entire world hadn't changed.

Enter a post-apocalyptic world, similar to The Road. Traci Slatton approaches this hot topic in a thoughtful way, really delving into what is left of the human consciousness once stripped of society. Unlike the Road, Fallen paints a far less depressing picture of the human soul. Somehow love remains in a world pillaged by death, disease, and disarray. Emma's journey with her "family" is hopeful and inspiring. She is a woman who will do anything for the people she loves and more than anything I want her and Arthur to be together in the end. I can't wait for the sequel!

Well as we learned during the show, you will not have long to wait as the second book will be out very soon.

So listen now and share an interesting,and entertaining thirty minutes with my guest Traci L Slatton.
If you have enjoyed the blog or the radio show, why not become a follower of the show?

You can find out more about my guest and their books at:"Traci L Slatton - Fallen"