A Book and a Chat with Magdalena Ball 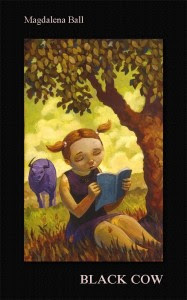 My guest today has produced successful creations no matter what style of writing she has produced from poetry to non-fiction to novels and editorials. She has learned her craft in the US, England and now Australia. She is also runs one of the most well respected review sites “The Compulsive Reader” as well as being host of her own radio show “The Compulsive Reader Talks”. She is my special guest on today’s “A Book and a Chat” Magdalena Ball.

Growing up in New York she get an honors degree in English Literature before moving to Oxford, England to continue her study of English Literature at a postgraduate level. After a brief return to the US, she then migrated to NSW Australia, where she now resides on a rural property with her husband and three children. However her education has not stopped there as she has a Masters degree in Business from Charles Sturt University and a Marketing degree from the University of Newcastle (that’s the Australian Newcastle).

Her work has gone from a non-fiction book about reviewing books called “The Art of Assessment” which is a complete guide to the review process, from how to write good reviews, how to use interviews to add depth to your reviews, obtaining review copies, marketing your reviews, and plenty of examples and references to help you become a working reviewer. She has written and co-written several books of poetry including “Repulsion Thrust” which tackles big subjects not often the fodder of poetry: quantum physics, astronomy, time travel, ecological destruction, and technological singularity, all viewed through the lens of the human condition.

Her debut novel “Sleep Before Evening”, is a novel set in NYC that follows the adventures of 17 year old, Marianne as she discovers the healing power of music through an almost deadly journey into the deepest recesses of her own mind. Was a 2008 Indie Book Awards Regional Fiction Finalist.
Now she has produced another book well worth the read in her new novel “Black Cow”.

Black Cow explores the lives of James and Freya Archer, a couple at the ‘top of their game’, earning massive salaries and enjoying exclusive lifestyles with their two beautiful teenage children, but something is rotten under the shining façade of their lives. A recent survey estimated that close to one quarter of adults worldwide have made a voluntary decision to change their lives in ways that reduce their incomes and spending.

Demographers are predicting up to one million people will downshift during the next three years. Coupled with the worldwide economic downturn, there is clearly an interest in living life in a way that doesn’t involve continually trying to earn, and spend more in an effort to “keep up with the Joneses.”

Black Cow is a ‘tree-change’ novel that explores these notions in the context of a single ailing Australian family. Set between New South Wales’ ritzy Double Bay, and a small village outside of Hobart, Tasmania, where the couple decide to radically change their lives and become self-sufficient, the novel follows one family on the brink of collapse, struggling to regain balance and creativity in their lives. Black Cow explores serious and topical issues, such as the modern dilemma of ever increasing workloads, ‘the rat race’, and the impact of stress on families, and overconsumption on the environment, but it also touches on the psychological development, as the family has to dig deep into both the earth and their selves in order to find out what is ailing them.

I will leave the final words to Carolyn Howard-Johnson, a multi award-winning novelist and poet and was named Woman of the Year in Arts and Entertainment by members of the California Legislature…

Magdalena Ball has set a new standard, maybe initiated a new genre. Her Black Cow isn't for the Beat Generation; it's for this millennium's fast-track generation. This is Magdalena Ball's second effort after her mesmerizing first novel Sleep Before Evening and it does not disappoint. Black Cow captures the mind-freezing pace of this digital age before coming up with the most hopeful ending possible. Ball is a new voice and the literary world needs a new one in these days when so called mid-list authors are nearly a thing of the past.

So listen now and share an interesting,and entertaining thirty minutes with my guest Magdalena Ball
If you have enjoyed the blog or the radio show, why not become a follower of the show?

You can find out more about my guest and their books at:"Magdalena Ball - Black Cow"