A Book and a Chat with Hunter Shea 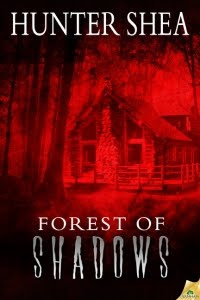 Hunter Shea was raised on a diet of The Night Stalker, The Twilight Zone and In Search Of mixed with the old B movies at the local drive in. That being the case it came as no surprise that when he finally finally decided to write, what were produced were horror stories.

As Hunter shared with us, during another interesting and entertaining show, at first these were just short stories many of which were published in magazines such as Morpheus Tales, The Harrow, Tabard Inn, Deadline & Ethereal Tales. Finally his debut novel “The Forest of Shadows” was produced, though as we heard during the show not without its own roller coaster ride to production.

It is not every day that you hear of a book that is really scary. No special effects, 3D images or background music, just a book that almost should have a warning in some parts… “Read With the Light On”. However in “The Forest of Shadows” Hunter has produced just such a book.

Reviewers have made comments such as

“Shea isn't just focused on scaring the pants off his readers (although, to be honest, I had a knot in my stomach just reading the prologue!). He takes the time and energy to develop his characters, in particular, the main character, John Backman. Shea is a true storyteller who provides the reader with all of the details necessary to see what he sees, to feel what his characters feel. He gets the reader so invested in Backman that one can't help but turn page after page with bated breath, anxious to discover Backman's fate.”

About “The Forest of Shadows”:

John Backman wins the lottery on the night his wife dies. Instead of going crazy with the money, he retires from a job he hates and uses the money to cover the living expenses for himself and his young daughter, Jessica. However, because John grieves his loss and is also diagnosed with anxiety disorder, his sister-in-law, Eve, chips in to help the small family keep the vultures away, get their finances in order and just survive day to day.

John indulges his interest in the paranormal by setting up a paranormal web site about ghost/UFO sightings and experiences, and this is how he is contacted by Judas, a man in Shida, Alaska who tells him about strange, frightening experiences he had while cleaning an empty house. A house where a family had mysteriously disappeared. Intrigued, John decides to investigate this case, and that means moving Jessica, Eve and Eve's infant son, Liam, into the house while he works. This very decision will be John's undoing, because the horror that awaits him and his family in that house is unlike any other he would have ever imagined.

It is a book reminiscent of Stephen King at his best, which will have you wanting to turn the page to see what happens next while at the same time, wanting to hide yourself under the blankets. Let’s face it any book that is good enough to have a beer named after it, has to be a sure winner.

With further books already in the pipeline, I am sure we will hear a lot more of Hunter Shea.

You can find out more about my guest and their books at:
"Hunter Shea - Forest of Shadows"

Email ThisBlogThis!Share to TwitterShare to FacebookShare to Pinterest
Labels: A Book and a Chat, a must read, Forest of Shadows, horror, Hunter Shea, page turning, scarey, stepen king, twilte zone