A Book and a Chat with C.S.Lakin 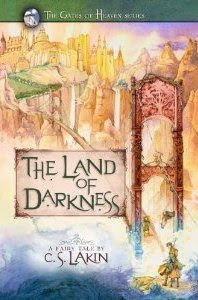 Back again for today’s show is the always popular author C.S. Lakin, who like every great fantasy author uses her initials in her pen name.

She comes from a family of successful writers. She grew up collating television scripts for her mother, a screenwriter, story editor, and producer for television.
As an adult, Susanne assisted in developing series for television, and while raising two daughters and running a bed and breakfast inn in northern California, wrote her first three novels and a cookbook. In 2009, Susanne’s contemporary novel, Someone to Blame won the Zondervan First Novel contest at the Mount Hermon Christian Writers Conference. As well as being an author of some twelve novels she works as a freelance copy editor and writing mentor.

Susanne also teaches at various conferences about the art of writing and as we heard during the show, over the holiday she has created a blog for nearly every day of the year to be used on new blog site she has created which will be filled with articles that focus on the craft of writing. All this information can be found on her new blog Live Write Thrive.

Since she was last on the show as well as publishing the next volume in the great “The Gates of Heaven” series, Susanne has two new mysteries up on ebook at Smashwords! Conundrum , an intense relational drama/mystery about betrayal and faithful love, and Innocent Little Crimes, a top 100 finalist in the 2009 Amazon Breakthrough Novel Award Contest, a mystery spinoff on Agatha Christie's Ten Little Indians.

There is always Time Sniffers, a wild young adult time-travel romance for teens who love science is now out. as an ebook.

With all this other work however my favouirite is her fantasy series “The Gates of Heaven”. Book three “The Land of Darkness” is now available, book four “The Unraveling of Wentwater” is in “gally” stage to be released in the spring, and book five “The Crystal Scepter” will be out later this year.

Each of the novels in “The Gates of Heaven” series are subtitled “fairy tales,” and this description becomes especially pointed in The Land of Darkness. The story has everything a reader could want – mysterious creatures, a quest, a story that never falters and even a wicked stepmother (think Sheriff of Nottingham in Robin Hood Prince of Thieves, a baddy that will make you laugh) and two ugly stepsisters. They all mold together in a third magical story, which again has twists and turns and adventures that make the reader work for their dose of fantasy.

And it’s all wonderful….

About “The Gates of Heaven”: (from Faith Fiction Friends)

Jadiel, a 12-year-old girl, lives with her wealthy father and stepmother on a spacious farm. The stepmother is not what she seems, and finds way to bewitch the father while she steps up her mistreatment of and cruelty to Jadiel. After several unsuccessful attempts to kill the girl, the stepmother sends her off to find the leaves of the terebinth tree, which no one seems to have heard of. If Jadiel fails in her quest, the stepmother will kill her father.

Callen, a young man not much older than Jadiel, works for the girl’s aunt and uncle. He becomes interested in old parchment drawings of a bridge, with words inscribed in an unknown language and the drawing of a giant tree. He leaves for the capital city of Sherbourne (which was the major setting of The Map Across Time) – and finds himself rescuing Jadiel from kidnappers.

Together, Callen and Jadiel embark upon a quest, she to save her father and he to find the bridge. Eventually they are joined by an old, scarred guide named Ebed, who directs them forward both geographically and spiritually.

The reader comes to understand that whatever else The Land of Darkness is, it is the story of a spiritual quest, one that transcends the fantasy its set within to become something very recognizable – the meaning of faith.

It’s a delightful, enchanting story. Even with the wicked stepmother.
As mentioned book four is already into printing stage and book five with the publishers, each book as well as being part of the series can be read as a standalone novel in its own right. I have really enjoyed reading this series and am already looking forward to the next book when it comes out in the spring time.

So listen now and share an interesting, and entertaining show as I chat with my special guest today on A Book and a Chat with C.S.Lakin

Direct link to the show
A Book and a Chat with C.S.Lakin

or you can download the mp3 file of the show from
"C.S.Lakin"

You can find out more about my guest and their books at:
"C.S.Lakin - The Gates of Heaven"

Email ThisBlogThis!Share to TwitterShare to FacebookShare to Pinterest
Labels: A Book and a Chat, a must read, C.S.Lakin, fairytale, Fantasy, The Gates of Heaven, The Land of Darkness, The Unraveling of Wentwater