A Book and a Chat with George Earl Parker 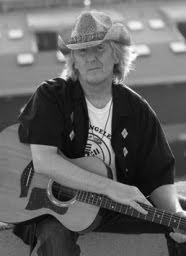 Moving from Hertfordshire to the USA, into music, has just written a book... No today's show was not about me, but about somebody who has done these things and much more, today's guest on "A Book and a Chat" was George Earl Parker.

As we found out during the interview George's first success in the world of writing earned him a large amount of chocolate, when he was runner up in writing contest sponsored by Cadburys at the age of around ten. George was designer and director of the short film “Yellow Submarine Sandwich,” included in Eric Idle’s pseudo-documentary of a band called the Rutles, Parker received accolades, awards, and a showing at the Museum of Modern Art in New York City. leading George himself to move across the pond, from England to first New York and latterly California. 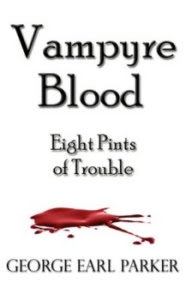 His art has been exhibited in museums and galleries around the country, and three of his songs have shown up on the European Country Music Association charts.

Now we are seeing yet another side to this multi-talented artist with his debut novel "Vampyre Blood - Eight Pints of Trouble" As George shared through the show the book is not your traditional "Vampire" novel, so don't expect a version of "Twilight". Instead George has produced a novel that will as one of the reviewers put... "Its humor will brighten any day and its perspective will lighten your heart. It’s silly, it’s endearing, it’s very human, and it will make you laugh out loud."

"Vampyre Blood - Eight Pints of Trouble" is a book that does just that, and shows yet another side of my talented guest on today's show "George Earl Parker.

So why not sit back and listen to an enjoyable forty-five minutes as George Earl Parker in my guest on today's "A Book and a Chat".

You can find out more about George and his book at:
"George Earl Parker - Vampyre Blood - Eight Pints of Trouble"

Email ThisBlogThis!Share to TwitterShare to FacebookShare to Pinterest
Labels: A Book and a Chat, artist, Barry Eva, Country and Western, Dracula, George Earl Parker, Ruttles, The Rebble in me, Vampyre Blood - Eight Pints of Trouble