A Book and a Chat with James Straight 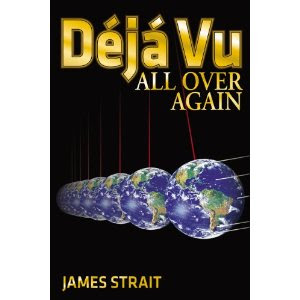 James Straight is my guest on today’s “A Book and a Chat”. He always knew he wanted to fly, since his early years watching planes land and take off from the small airstrip next to his family farm in rural mizurrah (Missouri).

From these early years where his favorite smells were fresh cut grass and warm aviation exhaust he migrated via becoming the youngest recruit to graduate Special Forces Training Group to the dreamed career in aviation.

Thirty years later after a distinguished career as a professional pilot, which included flying over one hundred different types and categories of airplanes, James embarked on a new career which has ultimately lead to him becoming an author.

His debut book “Weird Missouri” is one of the “Show-Me State” series of offbeat travel guides, that shows readers where to find local legends, craziest characters, oddball curiosities and bizarre roadside attractions. You’ll learn about “Goober Burgers” and “brain sandwiches” as well as meet characters such as “Catfish George” and a farmer in Southern Missouri and his UFO parties.

His new career started James has now gone on to write an adventure novel “Déjà vu All Over Again” an action packed adventure taking place in the final 57 hours prior to the calendar turning 12-21-2012.

About “DejaVu All Over Again” (Taken from James web site)

It had long been debated that the end of days for planet earth was set in concrete as December 21, 2012. Mathematical savant Ana Christensen was merely following her instincts when working a theorem in a direction and style that could never have been accepted by traditional mathematicians. As a result she stumbled upon an ancient Mayan creation, a time loop beginning in 3114BC and ending on the long contested twenty first century date. In a dynamic race against time, Ana and her male compatriot battle the forces of individual evil, bureaucracy, paramilitary mercenaries, and most powerful of all…destiny.

With another book “Thomas Jefferson is Missing” ready to be launched at the start of 2013 I am sure his books will continue to fly off the books shelves.

So listen now and share an interesting,and entertaining thirty minutes with my guest James Straight
If you have enjoyed the blog or the radio show, why not become a follower of the show?

You can find out more about my guest and their books at:"James Straight - Déjà vu All Over Again"