A Book and a Chat with Sabin Howard 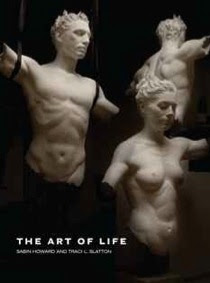 Like authors create many forms of the written word, so the term artist can cover numerous styles and types, when you hear of a person being a sculpture one thinks of weird shapes and squares with holes that you might see in parks of malls.

Figurative sculpture or sculpture of real people mainly brings to one’s mind statues from ancient Greece or Rome, this though as we learned during today’s show is not the case.

Sabin Howard grew up in New York City and in Torino, Italy. He studied art at the Philadelphia College of Art and then earned his MFA from the New York Academy of Art.

On October 18th 1982 at around 4pm, he desided he'd had enough of his then job and started out into the world of art.

For twenty years, he taught at the graduate and undergraduate levels. He has been elected to the board of the National Sculpture Society. He has received numerous commissions and has showed his work at more than fifty solo and group shows. With over 45,000 hours of working from life models in the studio, Sabin is the creator of three heroic scale pieces, HERMES, APHRODITE, and APOLLO, as well as many smaller pieces. His works are owned by museums and private collectors all over the world

According to the New York Times…

Sabin Howard, is a sculptor of immense talent, has created some of the last decade’s most substantive realistic sculpture. When viewing his works, visitors may be reminded of the time when Donatello and Rodin walked the earth... 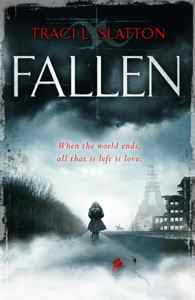 His wife Traci Slatten is an author in her own write, who shares her husband’s love for Renaissance Italy which inspired her to write the historical novel IMMORTAL and her contemporary vampire art history mystery THE BOTTICELLI AFFAIR.

FALLEN is the first in a romantic trilogy set during the end times; COLD LIGHT the sequel is forthcoming. DANCING IN THE TABERNACLE is her first book of poetry.

She has now though with Sabin written the sculpture book, THE ART OF LIFE.

Art can sometimes be very dry, and be tiring and plain boring reading except perhaps to those involved in the study of the art and sculpture.

However with Traci’s obvious writing talent The Art of Life they have created a beautiful collection of almost personal essays mixed with visually stunning content that makes "The Art of Life" an entertaining novel that will provide its readers with a vivid glimpse into the world of sculpture and in particular the work of a classical figurative Sabin Howard.

So listen now and share an interesting, and entertaining thrity minutes with my guest Sabin Howard

You can find out more about my guest and their books at:
"Sabin Howard - The Art of Life"