A Book and a Chat with Joel Fox 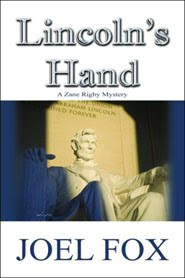 My guest on today’s show Joel Fox received his love of history from the historical Boston, and his love of Politics from his time on the west coast.

For over three decades Joel Fox has been involved in California politics as a taxpayer and small business advocate, served on numerous state commissions, worked on many ballot issue campaigns, and advised numerous candidates, including Arnold Schwarzenegger in the historic gubernatorial recall election of 2003. He is an adjunct professor at the Graduate School of Public Policy at Pepperdine University.

Joel has authored hundreds of opinion pieces for many publications including the Wall Street Journal, USA Today, Los Angeles Times, and San Francisco Chronicle, as well as his well-respected blog on California business and politics, Fox and Hounds Daily.

His non-fiction works include a book, The Legend of Proposition 13, about California's most famous ballot measure, and a chapter in the book, What Baseball Means to Me, sanctioned by the Baseball Hall of Fame.

After completing the Los Angeles FBI Citizens Academy program gaining a deeper understanding of the FBI and its mission. Joel put his love of history and political mystery into his debut book “Lincoln's Hand".

Unable to close his previous case against the Monument Bomber, Senior FBI Special Agent Zane Rigby has been re-assigned to uncover a secret. Is Abraham Lincoln’s body in his grave?

When DNA from a hand found with a blackmail note traced back to 1901 matches the DNA from bone taken at Lincoln’s autopsy, Rigby is shuffled off to Springfield, Illinois where all manner of obstacles threaten his success. He discovers a local congressman hiding a dreaded secret, a strange doctor who claims he can perform medical miracles, and his own ill-timed urge to rekindle a relationship with his college sweetheart.

And then there is the dead body of a young woman found near Lincoln’s Tomb.

As the Monument Bomber threatens to strike again, Rigby searches for redemption in solving the murder and discovering the secret buried in Lincoln’s Tomb.

Let’s face it, when even Governor Schwarzenegger stated "Lincoln's Hand is a great story, a page-turner from start to finish." You know it’s good to be a good read.

With a second Zane Rigby book about “FDR’s Treasure” already in the pipeline, you know that in the case of Joel Fox and his novel, as Big Arnold would say… “He’ll Be Back”.

So sit back and listen to today's interesting and entertaining show as I host today's "A Book and a Chat with Joel Fox".

"A Book and a Chat with Joel Fox".

You can find out more about my guest and their books at:
"Joel Fox - Lincons Hand"