A Book and a Chat with Hannah Dennison 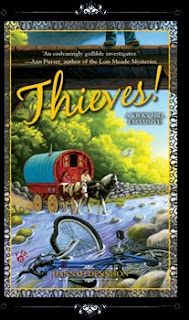 My guest today, Hannah Dennison was born and raised in England, but like myself now lives in the US. Her journey to becoming an author has led her in many different directions.

Hannah began her writing career as trainee reporter on a small West Country newspaper but soon got bitten by the travel bug. For a decade she worked as a flight attendant on private jets before moving to Los Angeles with her daughter and two cats. After several years as a story analyst in the entertainment industry, Hannah switched to long form narrative and enrolled in the UCLA Writer's Program. Hannah still works full-time for a west coast advertising company.


Her experiences being the “cub” reporter on the small news paper (mainly doing the funerals and wedding) is an obvious background “Vicky Hill” series of books, though one wonders what sort of book her diaries might make, that is if she could work out the code she used for some of them.

Vicky Hill first made the literary light of day in 2008 when Hannah produced her first book “A Vicki Hill Exclusive”, which was followed by two more in the series , “Scoop!” and “Expose!”

Vicky Hill is an aspiring investigative journalist whose two challenges in life are to escape the boredom of funeral reporting (we know where that came from) for the Gipping Gazette. The second is to lose her virginity-a heavy burden for a woman of twenty-three. Add to that the fact that her parents are silver thieves wanted by the Interpol, sprinkle in some not well known English pastimes, and a sense of humor and you have the ingredients for a mystery, romance and a read that will keep you turning the pages.

From worm charming to snail racing Hannah has introduced her readers to some of the less known of English pastimes, and in her latest book “Thieves” she continues with this educating her readers. A Vicky Hill adventure wouldn't be the same without introducing an unusual British hobby to her readers.

In "Thieves," we meet the usual suspects-hedge jumpers, hedge cutters, snail racers and a naked farmer or two, but it's Morris Dancing that really grips the townsfolk of Gipping-on-Plym this time around.

When a slew of silver thefts hit the small town of Gipping-on-Plym, it's up to aspiring investigative journalist Vicky Hill to figure out if the culprits are gypsies, tramps, or thieves…

Unaware that their temporary dwelling is also serving as the official gathering site for the upcoming annual "Morris Dance-a-thon," the gypsies set up their illegal campground at The Grange, much to the dismay of almost everyone in town. And when silver is stolen shortly after the gypsies arrive, blaming the despised nomads makes more than a little sense.

But when the body of an unnamed woman is found in a shallow stream, Vicky suspects there's a connection between the murder and the recent silver thefts. And since both her boss and the local police refuse to investigate, Vicky takes on the case by herself. It's a criminal conundrum suited only for the mind of Vicky Hill, and she's determined to uncover the answers and clinch her fourth national exclusive!


With another novel already underway, this time introducing “tar barrel racing” (yes I know about that event as well, but do you?) and soon to have her series launched in England, I am sure that the name Hannah Dennison will soon be on every book shop and libraries shelves.

So sit back and listen to today's interesting and entertaining show as I host today's "A Book and a Chat with Hannah Dennison".

Direct link to the show
"A Book and a Chat with Hannah Dennison".

You can find out more about my guest and their books at:
"Hannah Dennison - Thieves"