A Book and a Chat with Julie Kagawa 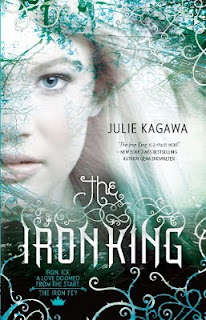 Back in October 2010 I had Natasha Wilson, one of the main editors of Harlequin Teen on the show. Amongst the authors we chatted about was Julie Kagawa my guest on today’s “A Book and a Chat”.

Julie was one of the debut authors of 2010 whose books received rave reviews in the YA blogosphere, successful "Iron King", was followed towards the end of 2010 by a second equally successful book “Iron Daughter” and her third book in the series “Iron Queen” will be launched next month.

In what proved to be a show full of interest, stories and news, as my guest shared with us much about her life and her writing.

we were told how her style has slightly changed from her early writings, which were gothic dark, complete with pictures, written more to shock her teachers rather than encourage her writing. Stories about Hawaii, being chased out of the water several times by sharks and the dangers of jelly fish, brought much laughter to a hugely enjoyable show.

We learned from Julie about some of early jobs, how a job working in a book store, did not last long as, she spent more time reading the books rather stacking them on the shelves. Her time spent teaching a dog to perform magic tricks and the wonderful story of her wrestle with a goat.

The story of her adventure into the realm of publishing started with an somewhat fortuitous meeting with her now agent Laurie McClean was told, and how that lead to her being one of the first authors signed up my Harlequin Teen. 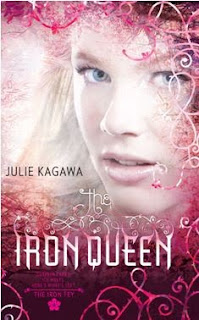 From there her career has gone from success to success with the ”Iron Fey” series, which as we heard, is not now a trilogy abut a series as “Iron Knight” is already underway to follow her latest work “Iron Queen”.

We also gleaned snippets about a new series she has started work on involving vampires, and I wonder if there might yet be another in the Iron Fey down the line about Grimalkin, perhaps an “Iron Cat” book?

So sit back and listen to today's thoroughly entertaining show as I host today's "A Book and a Chat with Julie Kagawa".

Direct link to the show
"A Book and a Chat with Julie Kagawa".

You can find out more about my guest and his books at:
"Julie Kagawa - Iron Queen"