A Book and a Chat with C.W. Gortner 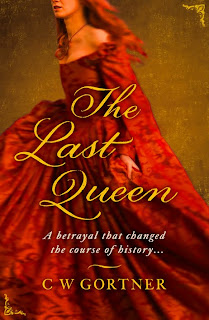 I was really pleased to have C. W. Gortner as the guest on tonight’s a book and a chat.

His book “The Last Queen", has been written about and discussed throughout the blogosphere, and his new book “The Confessions of Catherine de Medici” looks to spread the name and fame of this author even further.

At a young age C.W. and his family moved to Malaga in southern Spain and there I began my life-long fascination with history. His mom gave him my first historical novel when he was nine (it was ‘Murder Most Royal’ by Jean Plaidy) and after that he was hooked.


After 13 years of rejections followed by a brief stint with an independent micro-publisher, he decided to self publish. It ended up being a wonderful and informative experience; he helped set up a company with a group of like-minded friends and they published thier books, as well as a few others.

Of the four original partners, three of writers including C.W. went on to secure commercial publishing contracts with established houses. 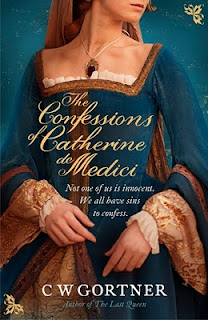 Daughter of Isabel and Ferdinand of Spain,Juana la Loca, is one of history's most enigmatic and forgotten queens, “The Last Queen” tells the story of her tumultuous life. From the somber majesty of Spain to the glittering and lethal courts of Flanders, France, and Tudor England, The Last Queen brings to life all the grandeur and drama of an incomparable era and the singular humanity of a courageous, passionate princess whose fight to claim her birthright captivated the world.

The Confessions of Catherine de Medici:

At the age of fourteen, Catherine de Medici, last legitimate descendant of the Medici blood, finds herself betrothed to the King Francois I’s son, Henri. Sent from her native Florence to France, humiliated and overshadowed by her husband’s life-long devotion to his mistress, when tragedy strikes her family Catherine rises from obscurity to become one of 16th century Europe’s most powerful women. From the splendors of the Loire palaces to the blood-soaked battles of the Wars of Religion and haunted halls of the Louvre, this is the story of Catherine’s dramatic life, told by the queen herself.

Add to this the new start of a new mystery series, “The Tudor Secret”, the first book in his new Tudor suspense series ”The Elizabeth I Spymaster Chronicles.” As well as the work he now has underway on "The Princess Isabella", C.W. Gortner is a name that you will soon find on many bookshelves.

So sit back and listen to a truly entertaining thirty minutes as we talk about subjects from books to Tudor dancing on today’s “A Book and a Chat with C.W.Gortner”

Direct link to the show
"A Book and a Chat with C.W. Gortner"

or you can download the mp3 file of the show from
"C.W. Gortner"

You can find out more about my guest and their book at:
"C.W. Gortner - The Confessions of Catherine de Medici"