A Book and a Chat with Pamela Fagan Hutchins 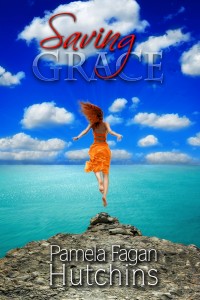 Pamela Fagan Hutchins is my guest on today’s “A Book and a Chat” not only a multi award winning author but lists herself as… “writer, mediocre endurance athlete (triathlon, marathons), wife, mom of an ADHD & Asperger’s son, five kids/step-kids, business owner, recovering employment attorney and human resources executive, investigator, consultant, and musician”… wares me out just saying all of the things she does.

Always a reader and would be writer she first embarked writing about things she know in the nonfiction field, these book included  top Ghost Story in 2012 from the Houston Writers Guild. She also won one top award and two finalist awards in the 2012 USA Best Book Awards, for “How to Screw Up Your Kids” (1st in Parenting/Divorce/Family), Puppalicious and Beyond (Finalist in Nonfiction: Narrative), and Hot Flashes and Half Ironmans (Women's Health).

During this time and using her own knowledge of the location and even knowledge of  the local ghost, she finally started writing her fiction series “Katie and Annalise”, the first and now award winning novel of the series being “Saving Grace”.

If you’re at all inclined to be swept away to the islands to fall in love with a rainforest jumbie house and a Texas attorney who is as much a danger to herself as the island bad guys, then dive headfirst with Katie Connell into Saving Grace.

Katie escapes professional humiliation, a broken heart, and her Bloody Mary-habit when she runs to the island of St. Marcos to investigate the suspicious deaths of her parents. But she trades one set of problems for another when she is bewitched by the voodoo spirit Annalise in an abandoned rainforest house and, as worlds collide, finds herself reluctantly donning her lawyer clothes again to defend her new friend Ava, who is accused of stabbing her very married Senator-boyfriend.

The book has received world wide acclaim and the second of the series is already on the way, the many readers clambering for more from this talented author will soon be have their reading hunger satisfied.


So listen now and share an interesting, and entertaining show as I chat with my special guest today on A Book and a Chat with Pamela Fagan Hutchins

You can find out more about my guest and their books at:
"Pamela Fagan Hutchins - Saving Grace"

Email ThisBlogThis!Share to TwitterShare to FacebookShare to Pinterest
Labels: Award winning, Book and a Chat, Female literature, How to Screw Up Your Kids, Katie and Annalise, Paela Fagan Hutchings, Puppalicious and Beyond, Saving Grace