A Book and a Chat with Michael F Blake 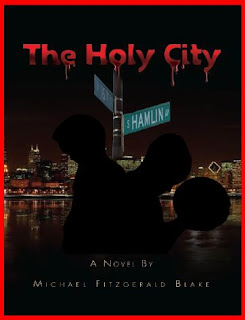 I’ve had a couple of shows in September where for whatever reason my guest has just not showed up,  leaving me to chat about them and anything else I can think of for at least part of the show. However I am pleased to say that tonight was not such a show, as Michael F Blake joins me as the guest on tonight’s “A Book and a Chat”

Michael was born and raised in the inner-city of Chicago, where dreams of making it big in music or sport are clouded with the peer pressure of making it big within local gangs, going for perhaps the fast track way out.  Being pulled in two different directions, the dream of following his families love of basketball against the overwhelming peer pressure, Michael found that the extra pressure of becoming young parent lead Michael to follow the fast track that lead to him ending up in jail.

It was during the three years he was incarcerated that Michael found the talent that he never knew he had; the result is the first in a trilogy of books and hopefully a film or TV series… “The Holly City”.

About  “The Holy City”

Using recollections from his childhood, mixed with characters and storylines from his own imagination, “The Holy City” tells the story of  two brothers growing up in a rough neighborhood on the Westside of Chicago. A neighborhood where crime is a regular. No different than any other 'hood around the world, either you make it out playing sports, music, or crime. These two brothers had different qualities, but their decision making could possibly affect them throughout the rest of their lives. Marcus and Christopher Williams, brothers from the same mother but different fathers were well known in their neighborhood. With Christopher being the younger of the two, it seemed as if they would take separate paths in life. Would they allow the street life to take total control of their lives, or will realization come aboard before it's too late?

As Michael shared, the second book in the trilogy “The Holly City II – The Rise to Power” is already written, but the fact that the first book which was originally self published has now been picked up by a publishing house means readers will have to wait a little longer.


So listen now and share an interesting, and entertaining show as I chat with my special guest today on A Book and a Chat with Michael F Blake

You can find out more about my guest and their books at:
"Michael F Blake - The Holly City"