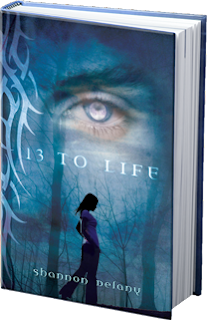 Back in June of 2010 I had a debut YA author on my show, one of the Class of 2K10 who’s first book was due out that month. An interesting part of the interview was that this author had been the winner of the first-ever cell phone novel contest in the western world.

This debut author was Shannon Delany who in 2009 she following the success of the phone novel contest was contracted by St. Martin’s Press to create a trilogy based on the original serial 13 to Life story.

From that early appearance on “A Book and a Chat” and in the case of actually meeting Shannon, it has been a huge privilege to see her career go from strength to strength.
The original “13 to Life” was followed in 2011 by “Secrets and Shadows” and “Bargains and Betrayals” Such was the success of these books; in 2010 Shannon’s contract was extended to include five books. The fourth and fifth in the series being produced in 2102 namely “Destiny and Deception” and “Rivals and Retribution”. 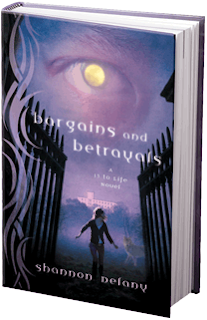 With this series just completed Shannon has set her sights on breaking new ground and not just with her writing; she has recently written short stories for two charity anthologies. Starting work on an up and coming steampunk trilogy has allowed her to work with the two other guests on today’s show.

Both are musicians but distinctly different…

Max Scialdone whose dark and edgy style of music caught Shannon’s attention and they have since co-wrote “Pieces of Eight” for Month 9 Books’ "TWO AND TWENTY DARK TALES" (releasing this fall).

Wade Mulvihill was introduced to Shannon at an “Open Mic Competition” where she asked for help in creating a song for her up and coming steampunk trilogy. Wade dully obliged creating a song that connects the characters in a powerful and pivotal way with his music

Both Max and Wade have been playing, loving and making music for years and have strong voices all their own, and it was interesting hearing about how their music can also be developed into Shannon’s writing. 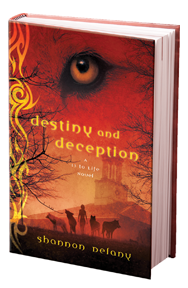 As I said at the start of this blog it has been great seeing the success of Shannon and her “13 to Life” series, now though I am looking forward to following the success not just of the writing but also the music created by Max and Wade in the future. That is why I am also providing their links on this blog.

So listen now and share an interesting, and entertaining show as I chat with my special guest today on A Book and a Chat with Shannon Delany and Friends

You can find out more about my guests, their books and music:
"Shannon Delany - 13 To Life Series"
"Max Scialdone"
"Wade Mulvihill"