A Book and a Chat with Corrine Jackson 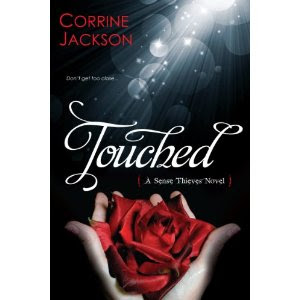 Corrine Jackson and that is sounded “Cor-een” is one of the Class of 2K12 debut YA authors for this year, however in her case it’s not one book coming out this year but two.

Corrine wrote her first short story in second or third grade. Which she still has.. Oddly enough, it was about a girl whose best friend was being physically abused by her dad. That theme somehow made it into her first novel “Touched”, so maybe everything comes full circle?

She continued writing through her school year moving around a lot, she actually attended eleven different colleges, has earned bachelors and master’s degrees in English, and an MFA in Creative Writing. She is its lead to believe a dab hand in creating pies, cup cakes and the odd bowl of Mac and Cheese.

Along with a normal job and her educational studies Corinne now has produced two totally different books both of which are due to be launched in 2012.
“Touched” is the first book in a trilogy, the second already going through the editing stage with the third shortly to get underway.

Remy O’Malley heals people with touch—but every injury she cures becomes her own. Living in a household with an abusive stepfather, she has healed untold numbers of broken bones, burns,and bruises. And then one night her stepfather goes too far.

Being sent to live with her estranged father offers a clean start and she is eager to take it. Enter Asher Blackwell. Once a Protector of Healers, Asher sacrificed his senses to become immortal. Only by killing a Healer can a Protector recover their human senses. Falling in love is against the rules between these two enemies.

Because Remy has the power to make Protectors human again, and when they find out, they’ll becoming for her—if Asher doesn’t kill her first.

As stated this is the first of what is a trilogy; however in the mean time her she has a debut novel coming out next month which is totally different to Touched.
In a way “IF I LIE” has somewhat a similar theme to “Touched” where a girl keeps a secret at great cost to herself. It is however a deeper book that covers the gray space between truth and perception.

About “If I Lie” (taken from Amazon):

Quinn’s done the unthinkable: she kissed a guy who is not Carey, her boyfriend. And she got caught. Shunned by everyone she knows, Quinn loses her friends, her reputation, and her identity. Because Carey’s not just any guy—he’s a Marine who’s serving overseas, and beloved by everyone in their small, military town.
But Quinn didn’t cheat. She could clear her name, but that would mean revealing secrets she’s vowed to keep—secrets that aren’t hers to share. So she stays silent, and waits for Carey to come home.

Then Carey goes MIA, and Quinn must decide how far she’ll go to protect her boyfriend…and her promise. 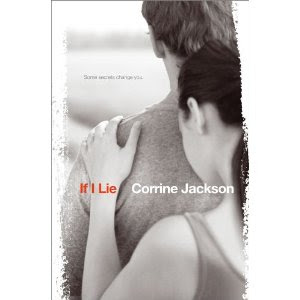 "If I Lie" is easily one of the better written contemporary debuts I've come across this year, if not the best. It is powerful, thought-provoking, and is beautifully written. While it touches upon a variety of subjects and something or the other is constantly happening throughout the novel, at its core, it is a character-driven story like no other. I guess if I had to, I’d describe If I Lie as a cross between The Scarlet Letter and Speechless, but really, it is a novel that manages to hold its head high and stand all on its own, for although it covers a similar subject matter, it also covers so much more. It is a novel not only about bearing burdens, facing a cold shoulder of shame, torn families, friendship, and the army; it is also a story about hope and perseverance and the ability to find strength and courage even in the darkest of times.

With two different styles yet the same creative talent, I can well see the name of Corrine Jackson being on many YA readers book shelves.

So listen now and share an interesting, and entertaining show as I chat with my special guest today on A Book and a Chat with Corrine Jackson

You can find out more about my guest at:
"Corrine Jackson - If I Lie"

Email ThisBlogThis!Share to TwitterShare to FacebookShare to Pinterest
Labels: A Book and a Chat, a must read, Abuse, Class of 2K12, Corrine Jackson, Fantasy, flipflops, Healing, If I Lie, Mac and Cheese, Toucheed, YA, YA author