A Book and a Chat with Nancy Stewart 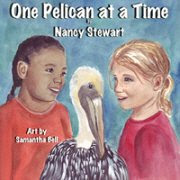 Nancy Stewart has travelled around this wonderful world and back again, and continues to do so, finding it both inspirational and invigorating. This is a long way from scrounging apples from an orchard in the greater St. Louis area, though both have lead to adventures.

Nancy, today’s guest on the 399 “A Book and a Chat”, was raised in a book loving environment, though her love of words lead her down the teaching path rather than creative writing, that has come along later in her life.

As mentioned she has toured the world, including a stay in England, where England where she was a consultant to several universities, including Cambridge.

After Nancy and her husband bought a second home in Clearwater Beach, Florida, her life took on another dimension. With a home right on the gulf, the problem of beach litter and the plight of sea turtles became of paramount importance to her. She wrote the two picture books, Sea Turtle Summer and Bella Saves the Beach as a direct result of my new environment. This has been followed by another Bella and Britt story One Pelican at a Time, which has been six weeks on Amazon’s Bestseller List for Children and addresses the deep water Gulf spill on April 20, 2010.

About “One Pelican at a Time”

One Pelican at a Time, is the story of two girls, Bella and Britt, who love living by the beach. During an oil spill they realize their old friend, the crooked beak pelican, is in grave danger. The girls, after having been told by adults that kids can do nothing to help, take matters into their own hands and try to save him from the oily gulf.

As we discovered from the show, there are further “Bella and Britt” adventures in the pipeline along with several other books which she hopes will be published soon.

One very dear to her heart, is for all those reluctant boy readers out there. It’s called "Guts!" A very different book from Pelican.

A couple of others she hopes will be published in the next year or so are, "Viva la Diva" and "Viva Camp Diva", again a series featuring Dee and her best pal, Katie Jimenez, both of whom so badly want to be divas.

Along with that there is also a new book Nancy has just finished called “Rampaige!” about a very naughty girl who is asked to keep an eye on her little sister while her mom and cousin have coffee in the other room. Big mistake!

You can find out more about my guest and their books at:
"Nancy Stewart - One Pelican at a Time"