The 400th "A Book and a Chat" with Cheryl Malandrinos 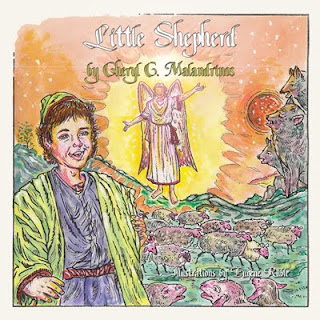 Back in February 2009, after appearing on a few radio shows, and with experience of running a couple of local TV shows narrating stories from my romance book as well as filming local karaoke, I thought… why not try your own radio show. Loving a good old “chin wag” as we say in England I thought it might be good fun, little did I know just how much.

After a couple of practice runs the first “A Book and a Chat” was aired on March 7th, with my first guest being a fellow radio show starter and author Kim Smith.

Now a couple of years or so later here I am hosting my 400th radio show.

For this special 400th addition of “A Book and a Chat” I am very pleased to say I have Cheryl Malandrinos as my guest. Cheryl is freelance writer and editor, a founding member of Musing Our Children; she is also a Tour Coordinator for Pump Up Your Book. Her first children’s book, Little Shepherd, was released in August 2010 by Guardian Angel Publishing.

Cheryl has been working on blogs, reviews and virtual book tours for more years than the show has been running, and was one of the first people, along with Dorothy Thomson who I met when my own book “Across the Pond” was published.

During an entertaining and I hope informative show, we discussed how things have changed in the world of publishing and promotion since the show has been running.
Cheryl herself has had success with her book “Little Shepherd” which as we learned during the show will be followed by “A Christmas Kindness” next year. About “Little Shepherd”

Obed is in the hills outside Bethlehem when the angels appear to announce the Savior’s birth. Can he trust that the miracle of the first Christmas will keep his flock safe while he visits the newborn King?

With Christmas just around the corner, I can highly recommend her book for those young readers in your family.

Over the last 400 shows, I am very proud of the many, many comments I have received from guests, nearly all love the style and many have come back for a second third, fourth or even fifth time.

I have had some very famous guests on the show during these last two years from Emmy award winners such as Louise Shaffer, to authors such as Steve Berry who have 72 million copies in print throughout the world. I love to involve the YA Bloggers, as I call them the “Sham Wow” of YA literature as they soak everything up. I have made it a point to include bloggers as guests on the show as well as many debut authors. After all they might be debut authors today but they could be the stars of tomorrow. Class of 2K10, 2K11 YA debut authors were great and I already have several from Class of 2k12 signed up for the show.

There are a few drawbacks in having what sometimes has been five shows a week, the jokes and anecdotes tend to repeat themselves, but I always try and make the chat flow and love to laugh as anybody who has listened will tell you. Many guests are what can only be described as “scared” when they first call in and we chat before the show starts, but as I say to them, it’s honestly just a chat over a cup of tea (in my case English PG Tips), and so many have told me afterwards how much they enjoyed the easy going format and style, that they were completely at ease.

One good sign as to how the show is being enjoyed is the way the time seems to rush by for all over them, this I very soon realized and started running some 1hr specials, which again people have enjoyed.

I have in the last 400 shows I have covered subjects from abuse to life coaching, from Picture books to historical fiction. I have within three days covered a multi-million selling author such as Steve Berry, to William Link whose name might not be one you remember straight away until you realize he and his late writing partner wrote all the Colombo series, Murder She wrote and so much more. To be followed by a local author who had written some small books of stories about famous horses which were being sold on local “tack” shops 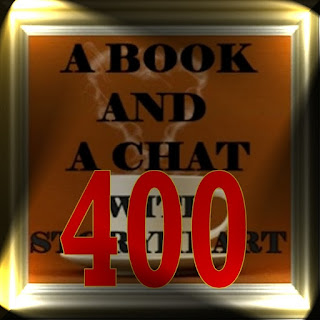 I love the various styles that can appear on the show, learning about people’s fights over illness and abuse, historical novels about periods in history, Leaning about floods, disasters, love and laughter, the eclectic mix of shows not only keeps me looking forward each week to the next show but I hope my listeners as well. I have made many friends along the way learned many things, about the art of writing as well as telling a good story.

Along the way I have come up with this parallel universe theory, which has become a pet theory of mine.

I think there is this parallel universe where all these stories are situated, all us writers are is the conduit that allows the stories to be share din our world. Ask almost any author and they will tell you that no matter how much you outline or plan the story, the characters come along that were not even thought of, and take over the story, you get led down different paths not even thought about as the story develops. When you have completed the novel, and look back on it, often you can’t even remember writing some of it, let alone using some of the language and words which you’d never use. Yes... the parallel universe writes story for you… well that’s my slightly tongue in cheek theory.

As you can imagine I’ve had some shows that have ended up more like a comedy show, while others have brought tears to many a listener.

One show that will always stand out for me was back in November of 2009. My guest was M.M Anderson and we were talking about her book “Werewolf Dreams”. There is an option and for people to dial into the show to chat to my guest themselves, and on this day a call came in to my switchboard, that as a show host you are able to control. I opened the phone connection and asked who wanted to talk to M.M. Anderson. All I got in response was some growling a cross between a dog and Chewbacca; yes a werewolf had dialed in to the show.

My guest thought it might be one of her children and threats were made, but on checking the number it was from a totally different state.

So from Werewolf’s to film stars, multi selling authors to ones with their first book, abuse to humor, peoples to pets, tears to laugher I’ve seen had them all on A Book and a Chat” 400 show downs, and hope to have many more to share with you.

I guess a few new one liners are required, and you never know, perhaps I’ll even have another call from a werewolf.

You can find out more about my guest and their books at:
"Cheryl Malandrinos - Little Shepherd"