A Book and a Chat with David W Huffstetler 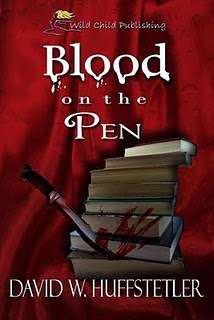 I am very happy to welcome as today’s guest on “A Book and a Chat” thriller, well that’s one hat he wares, author David W Huffstetler.

David spent a lot of his life working for various areas of human relations, as well as weaving his way through the political maze. His journey as a senior manager with a major industrial concern took him to international venues and exposures that helped feed his urge to write "Disposable People", a dramatic expose of the working conditions and politics that engulf undocumented workers. This debut book is in the top-ten “Suggested Book” at Tufts University in Boston, MA.

This first book was followed by “Dead in Utah”

It’s the murder of the century, and it’s only 1914. Hell came to visit when thirteen-year-old Merlin Morrison watched his father and brother shot to death in their family grocery store. Joe Hill, the controversial musician and union organizer is the only suspect, and he is enough for the police and the politicians. He claims he is innocent, but no one seems to care, and Lady Justice gasps for breath as he goes to trial. The crusty Captain of Police, John Hempel, fights for the truth for Hill and pushes his way past union activists who want to free him and Copper Bosses who want to hang him. And in the middle of it all is young Merlin, trying to put his life back together and wondering if the right man is on trial. This book is inspired by a true story.

While the first two books might be classed as somewhat historical, his latest book "Blood on the Pen" is one hot thriller!

About “Blood on the Pen”

Someone is killing literary agents, and Jack Harden’s only reason to live is to find the killer. This modern-day Texas Ranger is haunted by his wife’s death a year ago and the urge to kill the drunk driver who took her, or kill himself. Enter Elsie Rodriguez, the young reporter assigned to the murders for her newspaper and ordered to stay with Jack Harden. He’s old school, tough, and doesn’t want her there. Theirs is a complex, often stormy relationship, but the big Ranger triggers something inside her, something more than her Latin temper. They weave their way from the busy streets of Dallas to the River Walk in San Antonio, across the Hill Country, and to the limestone caverns of Sonora in a desperate chase.

Can she pull Jack from the edge of sanity, back to the living? Or will it end with a psychopath taking two more lives and living to write about it?

As one five star review put it…

Blood on the Pen A great read from the first page to the last page. Very imaginative story, one I would recommend to all of my friends. Can’t wait for another one from David Huffstetler.

Well reader as we learned from David you will not have to wait too long to hear more about Elsie and Jack as a new book “Blood on the Cards” is already on the way.

So listen now and share an interesting and entertaining show as I spend thirty minutes sharing "A Book and a Chat with David W Huffstetler".

You can find out more about my guest and their books at:
"David W Huffstetler - Blood on the Pen"

Email ThisBlogThis!Share to TwitterShare to FacebookShare to Pinterest
Labels: A Book and a Chat, agents, Blood on the Cards, Blood on the Pen, David W Huffstetler, Dead in Utah, Disposable People, Legal thriller, Literature