A Book and a Chat with Alexandrea Weis 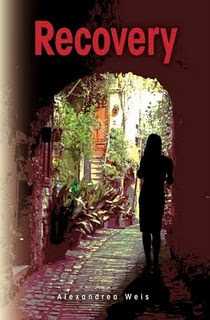 Like it seems a lot of the writers I have on “A Book and a Chat” my guest today started getting into writing when she was eight, with a book of poems, which by the way she still has. Since then she has gone from nursing people to nursing animals, and writing poems to creating a terrific debut and second novel.

Alexandrea Weis was born and raised New Orleans, growing up in the French Quarter, an area full of life which definitely influenced her writing. Her debut novel “To My Senses” introduced us to Nicci Beauvoir, a disillusioned New Orleans debutante, whose life is full of planning and practicalities until she meets and is seduced by a secretive artist named David Alexander.

The book received many rave reviews, and the following were soon crying out for more of Nicci Beauvoir. This clamming for a follow up has now been answered in the form of Alexandrea’s second book “Recovery”.

“Recovery” takes place two years after the main character, Nicci, has suffered the loss of her love, David Alexander. The she learns David was killed because of her. Someone from her past in New Orleans murdered David out of jealousy over Nicci. She teams up with a corporate spy, and former friend of David’s, to hunt down the killer in ravages of post-Katrina New Orleans.

The book has already been optioned for a possible movie, which will follow her already sold screen plays “White River” and “Blood Will Tell”. Blood Will Tell in fact is currently in pre-production with Buyer Group International.

If you go to the link for Alexandrea’s web page you will also learn of the other loves in her life. As well as being a registered nurse she is a permitted wildlife rehabber with the Louisiana Wildlife and Fisheries. Her nursing experience helps her to care for orphaned and injured wildlife. Some of which as we learned during the show were themselves trying to join the radio program.

Critically acclaimed and is continually growing in popularity, and with a third book already on the way and a fourth not far behind, Nicci Beauvoir and her creator Alexandrea Weis I’m sure are two names we’ll hear a lot more about.

Direct link to the show
"A Book and a Chat with Alexandrea Weis".

You can find out more about my guest and their books at:
"Alexandrea Weis - Recovery"