A Book and a Chat with Jennifer Wilck 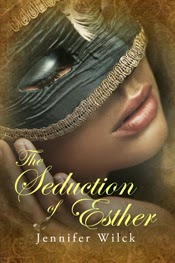 If you like your romance novels with spunky heroines, strong heroes with just a touch of vulnerability, then my guest Jennifer Wilck is the author for you.
When Jennifer was young, rather than counting sheep when she had issues getting to sleep her mother told her to make up stories in her head hoping she would go to sleep. This soon became a routine which she admitted is something she still does to this day.

Eventually the voice became so strong she one day decided to write these stories down the results of which are now available for all to enjoy. Her first two book are “A Heart of Little Faith” and “Skin Deep”.

A Heart of Little Faith:

Lily Livingston is a widow raising her six-year-old daughter, Claire, in New York City. Devastated by her husband's death three years ago, she's in no hurry to fall in love again. Besides, trying to balance her career with motherhood leaves her little time for romance. With a wheelchair instead of a white horse, and a vow against falling in love again as his armor, Gideon Stone is the last person Lily expects to sweep her off her feet. But when a business agreement forces the two of them together, that is exactly what happens. As they navigate the minefield that fast represents their relationship, can either of them overcome the obstacles to find true happiness in each others arms? The answer is yes, but the bumps along the way demonstrate that neither of them can go it alone

The last thing Valerie needs, after escaping an abusive marriage to an alcoholic and rebuilding her life, is a broody, secretive, standoffish man. But that's exactly what she gets when she becomes a makeup artist on the set of a hit sitcom and draws the attention of the series' star. John Samuels hides a terrible past--a life of abuse and neglect. A successful acting career and the affection and support of cast, crew and friends, does nothing to convince him that he is anything other than an unlovable monster. Will he learn that the life he's been living has been built on a lie or will he be doomed to repeat the sins of his father?

These two have now been followed what promises to be the first of a series “The Seduction of Esther”.

About “The Seduction of Esther” : (taken from authors web site)

Samara Goldberg has a problem even the most beautiful singing voice can’t fix. She’s a walking disaster, especially when she’s around handsome men. To make matters worse, she’s in desperate need of someone to play the character of Mordecai for the Purim spiel she’s producing and the new congregant, Nathaniel Abramson, is a perfect fit. Nathaniel is a divorced dad who’s recovering from the biggest public scandal of his life. The last thing he needs is a relationship with the choir director at his new synagogue, who also happens to be playing the lead female role of Esther in the very play he’s been coerced into joining.

Woven around the Jewish holiday of Purim, The Seduction of Esther is a story of two people whose lives mirror the plot of the Purim story. Like Esther, who had to hide her Jewish identity from the King of Persia, Samara and Nathaniel are hiding key pieces of themselves. Evil Haman wanted to destroy the Jews, and the nasty Josh will do anything to keep Samara and Nathaniel apart. Will their love survive, like the Jewish people in Shushan, Persia, or will their fear keep them apart?

With a follow up to “The Seduction of Esther” and a story based around an old house already underway, the name Jennifer Wilck is one for lovers of romance need to follow.

So listen now and share an interesting, and entertaining show as I chat with my special guest today on A Book and a Chat with Jennifer Wilck

You can find out more about my guest and their books at:
"Jennifer Wilck - The Seduction of Esther"