A Book and a Chat with Dr Florence Weinberg 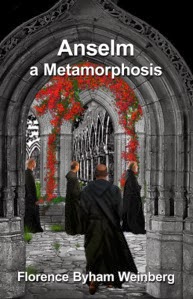 Dr Florence Weinberg at the age of four shortly after she’d learned to read published her first poem in a children's magazine and wrote her first 'novel' at age six, entitled “Ywain, King of All Cats”, not only wrote it but illustrated the 'book' herself as well.

After a childhood traveling extensively with her family, she followed her mother into a career in education, and though she produced four scholarly books it was not until she retired that the real creative juices had a chance to flow.

Four are historical mysteries starring the 18th-century Jesuit missionary, Father Ignaz (Ygnacio) Pfefferkorn. Two of these are set in the Sonora Desert, the third in an ancient monastery in Spain, and the fourth, Unrest in Eden, follows Pfefferkorn's fate after his release from Spanish prison.

Five of the historical novels have received a total of ten awards: Apache Lance, Franciscan Cross (three awards), about the founding of San Antonio, Seven Cities of Mud (one award), depicting the fate of the small Franciscan expedition up the Rio Grande in 1581-82, forty years after Coronado, Sonora Moonlight (one award), about Father Ygnacio’s confrontation with a Pima Indian medicine man and his search for the murderer of a local white rancher by beheading and crucifixion, Sonora Wind (three awards), about Father Ygnacio’s pursuit of the murderer of an army captain sent to inspect the mission’s books, together with a depiction of his arrest and expulsion along with all Jesuits from Spain and the colonies in 1767, The Storks of La Caridad (nominated for the 2011 Global e-Book Award), and Unrest in Eden (two awards).

Her latest novel “Anselm, a Metamorphosis” is a fantasy thriller has taken many years to see the light of day starting as a short story several years ago before now revealing itself as a full grown novel.

About "Anselm, a Metamorphosis" : (taken from authors web site)

Eric Behrens, a young, superficial, frivolous Assistant Professor of English literature, has an affair with an undergraduate, Diana Gregg, the daughter of the chairman of the Board of Trustees of Woodward State University in upstate New York. Her father discovers the affair and has Behrens fired.

Behrens blames the world and Diana, curses them and wishes he were someone, anyone, else. He trips, knocks himself out, and wakes up as a fat, middle-aged Benedictine monk named Anselm.

The book has already received many reviews and was Amazon’s Number one fantasy book for October.

So listen now and share an interesting, and entertaining show as I chat with my special guest today on A Book and a Chat with Dr Florence Weinberg

You can find out more about my guest and their books at:
"Dr Florence Weinberg - Anselm: A Metamorphosis"