Bullying - A Book and a Chat with Kaitlin Bevis 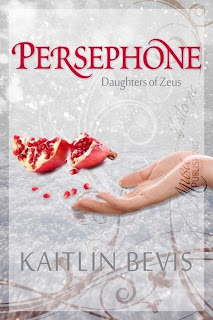 On the sixth and final Book and a Chat about bullying I am pleased to have Kaitlin Bevis as a guest. The past five shows have covered many aspect of bullying from across all ages and I hope the shows have helped a few people along the way. Indeed I know from an email I received after one show they have indeed made a difference to some people.

Kaitlin herself has been on both sides of the bullying fence being bullied and being the bully, attending a small town school where classes were about twelve people and secrets were hard to keep. During the show she shared with us about one of her friends who with good looks, money a smart mind and a pleasant personality one would think would be “the” girl, instead because of the plus things she was bullied.

Kaitlin was one of those people who knew from an early age that she wanted to be a writer. She spent her childhood curled up with a book, and a pen... Yes a pen… as If the ending didn’t agree with her, she rewrote it.

After studying English at college she started writing articles for truuconfessions.com and Athens Parent Magazine before starting her wonderful “Daughters of Zeus” and her first trilogy about Persephone.
While about a Greek Gods and Goddesses set in a modern setting there is always a background of bullying, anybody who knows a little about Greek Mythology will know Zeus could be a bit of a bully.

The series which to me is a must read, consists of “Persephone”, “Daughter of the Earth and Sky” and “The Iron Queen”, this is going to be followed by a trilogy about “Aphrodite” again set in a modern world.

About “Persephone”: (taken from Amazon)

There are worse things than death, worse people too.

The "talk" was bad enough, but how many teens get told that they're a goddess? When her mom tells her, Persephone is sure her mother has lost her mind. It isn't until Boreas, the god of winter, tries to abduct her that she realizes her mother was telling the truth. Hades rescues her, and in order to safely bring Persephone to the Underworld he marks her as his bride. But Boreas will stop at nothing to get Persephone. Despite her growing feelings for Hades, Persephone wants to return to the living realm. Persephone must find a way to defeat Boreas and reclaim her life.

"'Persephone' is a fun, imaginative, smart retelling of my favorite myth, fusing modern culture with a rich world of magic. I had such a great time reading this. I ate it up in just a few days. With its irreverent sense of humor and its intelligent references, it reminds me most of Joss Whedon, in particular the livelier, funnier seasons of "Buffy" or "Angel."

All in all a good way to finish of my six shows about bullying. So listen now and share an interesting, and entertaining show as I chat with my special guest on today's last show about bullying on Bullying - A Book and a Chat with Kaitlin Bevis

You can find out more about my guest and their books at:
"Kaitlin Bevis - Persephone"

Email ThisBlogThis!Share to TwitterShare to FacebookShare to Pinterest
Labels: A Book and a Chat, Barry Eva, bullying, Daughter of the Earth and Sky, Daughters of Zeus, great read, Greek Mythology, Kaitlin Bevis, Percy Jackson, Persephone, set in modern times, The Iron Queen, YA