A Book and a Chat with Sandi Craig 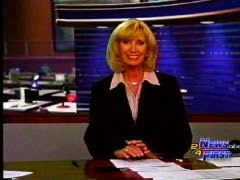 Sandi Craig did things somewhat in the reverse order, got married and had children and then started out on her career, and what a career as we learned during today’s “A Book and a Chat”.

She started off as a news anchor for an ABC affiliate in the Midwest as well as being a News Reporter for a CBS affiliate in Texas, brining her many awards for her unique perspective. During this time Sandi had the opportunity to interview such notables as Christopher Reeve, Dick Cheney, President Bill Clinton to name just a few.

Moving to Los Angeles two years ago she decided to learn more about the movie industry from the inside taking on many roles in both film and TV to “learn the trade”. She has now produced several screenplays which might well move on into novels, her latest being “Pawn”.

A woman fears her husband’s mistress is using her son to drive her mad.
PAWN is a psychological thriller about a woman who’s husband’s mistress is trying to destroy her by driving her insane.
Fiona thinks she’s been living the American dream, but she finds out her husband’s been cheating and is leaving her for a woman he met online.
Fiona is terribly haunted after she discovers the affair.  Strange things start happening to her.
Fiona’s husband is given custody of their son, and this infuriates Fiona to the point that she starts investigating the mistress.  She discovers the mistress' dark past, but when she tries to tell people, no one believes her.  She breaks into the mistress’ house to gather evidence to use against the mistress, and the plan backfires when the mistress catches her and tortures her.

With several other screen plays and sitcoms  underway, her passion for writing is just another string to Sandi’s bow that already includes that of a broadcaster, actor, TV host and singer.

So listen now and share an interesting, and entertaining show as I chat with my special guest today on "A Book and a Chat with Sandi Craig".

You can find out more about my guest and their books at:
"Sandi Craig - Pawn"