A Book and a Chat with Jeremy Johnson 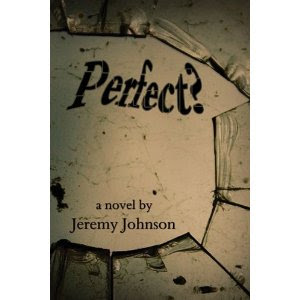 My guest on today’s “A Book and a Chat” is Orlando native Jeremy Johnson. As we learned during the show, it’s a blessing that he was even here to chat to us as when he was six months old, his father tried to kill him and his mother.

His creative fervor showed when he was as young as eight when he got sent home after writing a “too nasty for his age” murder story. In high school he wrote several mysteries, and though over the next many years he has worked in theme park management, he has now gone back to use his creative juices with his first, but by no means last novel “Perfect?”

During the show, he described how the idea came to how from a dream, where an autistic child dressed in white was standing in the middle of the road. Though his story is fictional, he has considerable experience with autistic children, which within Perfect’s pages, and many have remarked on, help people understand just how much parents can struggle with children’s imperfections.

“Perfect?" is a mystery novel in which a wealthy family copes badly in adapting to a five-year-old daughter who is discovered to be autistic.

The McDaniel family seems to have a perfect life: wealth, prestige and privilege. One night the mother, Jenna—who has a problem with alcohol and prescription drugs—goes out with the girls and ends up with a one-night-stand that changes her life forever. She becomes pregnant by the stranger, and after some years it is discovered that her daughter is autistic. The mother struggles with the child’s imperfection and is ultimately driven to seek the help of a kidnapper/killer. Her husband determinedly investigates his daughter’s disappearance.

Readers will witness a kidnapping, murder, and a shocking ending to a story that is pageturningly unforgettable. With a second book “Behind the Stained Glass" already with his publisher, a third in the editing stage and a fourth already underway, as I said at the beginning, the name Jeremy Johnson is one we’ll hear a lot more about.

So listen to an interesting and hugely entertaining show as I spend thirty minutes sharing "A Book and a Chat with Jeremy Johnson ".

You can find out more about my guest and their books at:
"Jeremy Johnson - Perfect"