A Book and a Chat with Kim Baccellia 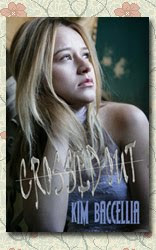 Kim Baccellia, my guest on today’s “A Book and a Chat” had her first success at the age of six, when she won an art contest, a small picture of which was in the San Francisco Chronicle. That started Kim on the creative road that has lead to her so far two successful books. I say so far, as I’m sure these will be the first of many successes.

As an educator, Kim couldn't find many books for Latinos that were upbeat or dealt with their heritage. During her personal quest to find out more about her own Mexican heritage, she began writing her YA Urban Fantasy “Earrings of Ixtumea”
This successful book has been followed up by , her paranormal young adult fiction novel “Crossed Out”

Following the light can’t be that hard, right? So why don’t the dead just do it and leave Stephanie Steward alone? However nothing is ever as simple as it should be as Stephanie learns when her hidden ‘gift’ becomes more than a nuisance, quickly turning into a liability. If she can’t learn to trust someone with her secret, the world as she knows it will go to hell. Literally. But if she doesn’t choose wisely, she might just end up learning firsthand how hard it is to follow that light. Because she’s next on the list to be crossed out… 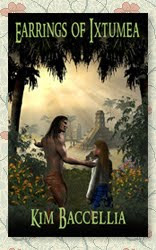 During an entertaining thirty minute show, Kim shared with us much about history behind her writing, as well as an incite not only into her two books, but also on her up and coming novel upper MG fantasy "No Goddesses Allowed".

Time as normal went by so quickly but as with every show we learned not only something about the guest and their books, but also about the art of writing and promoting.

You can find out more about my guest and their book at:
"Kim Baccellia - Crossed Out"

Email ThisBlogThis!Share to TwitterShare to FacebookShare to Pinterest
Labels: A Book and a Chat, Barry Eva, Crossed Out, Earrings of Ixtumea, Kim Baccellia, No Goddesses Allowed, paranormal, Urban Fantasy, YA fantasy