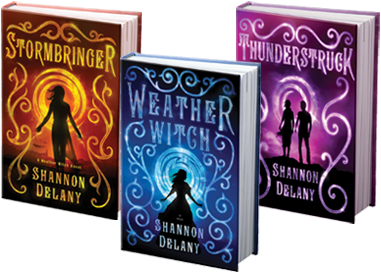 Shannon Delany first appeared on “A Book and a Chat” back in 2010 as one of the debut authors from Class of 2K10. Since that time she has become one o f the most popular and followed names in YA. This being the case,  it was great to have her as my first guest as I started a new set of shows on New Vision Radio, all be it after a few early teething issues with the new radio setup.

After growing up writing various articles as a freelance journalist, Shannon wrote a serialized version of "13 to Life" at Textnovel.com and won the first-ever cell phone novel contest in the western world.

This opened the flood gates to her writing future, and agent then a film request and finally a publishing house followed one after the other taking Shannon somewhat by surprise.

The success of “13 to Life” was just the beginning, four more books in the series followed with equal success and an ever expanding audience. Secrets and Shadows, Bargains and Betrayals, Destiny and Deception, and Rivals and Retribution brought the series to a wonderful 5 novel selection.

Now Shannon is showing a slightly darker but still brilliantly written side in her new Weather Witch series.

About the Weather witch series:

Some fled the Old World to avoid war, and some fled to leave behind magic. Yet even the fiercely regulated New World--with its ranks and emphasis on decorum--cannot staunch the power that wells up in certain people, influencing the weather and calling down storms. Hunted, the Weather Witches are forced to power the rest of the population's ships, as well as their every necessity, and luxury, in a time when steampower is repressed.

Jordan Astraea hails from a flawless background with no taint of magick, but on her seventeenth birthday she is accused of summoning an unscheduled storm. Taken from her family, Jordan is destined to be enslaved on an airship. But breaking Jordan may prove to be the very thing her carefully constructed society cannot weather.

And losing Jordan forever may force her beau, Rowen, to be the hero he would have never otherwise dared become.

"Weather Witch" was released last year with book two “Stormbringer” following up at the beginning of this year. Book three in the series "Thunderstruck" is sdue to be released on  May 20.

The show shared just how far this multi talented lady has come in the few years since her first release and proved that she was just the guest to have for the first show on this new radio station.

So listen now and share an interesting, and entertaining show as I chat with my special guest today on A Book and a Chat with Shannon Delany

You can find out more about my guest and their books at:
Shannon Delany - 13 To Life and Weather Witch series"

Email ThisBlogThis!Share to TwitterShare to FacebookShare to Pinterest
Labels: 13 to Life, A Book and a Chat, Bargains and Betrayals, Destiny and Deception, New Vision Radio, Rivals and Retribution, Secrets and Shadows, Shannon Delany, Steam punk, Thunderstruck, Weather Witch, YA