A Book and a Chat with Peter Leonard 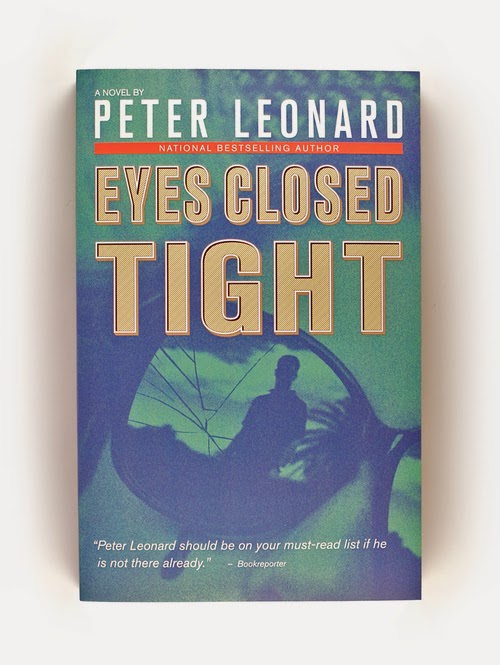 Becoming an author whose works are heading for the top shelf of thriller writing is a hard job, even harder when your father is a famous author.

My guest on today’s “A Book and a Chat” Peter Leonard, is the son of Elmore Leonard  who is perhaps best-known for works such as "Get Shorty", "Out of Sight", "Hombre", "Mr Majestyk" and "3:10 to Yuma".

As we learned during the show, it took Peter’s father 25 years to become an overnight success,  and almost as long for Peter himself to get around to writing.

The wait however was well waiting for as hit after hit has flowed from Peter Leonard’s creative juices. His thrillers have earned him wide critical acclaim for their tight plotting and story lines.

Titles such as "Quiver", "Trust Me", "Voices of the Dead", "All He Saw Was the Girl" ,"Back From the Dead", and his latest novel "Eyes Closed Tight”, have put the name Peter Leonard as one of the most thrilling suspense novelists of our time.

O'Clair is a former Detroit homicide investigator who now owns a motel in Pompano Beach, Florida in his retirement. He runs the place with his much younger girlfriend, Virginia, who's a knockout and can fix anything. One morning, he’s cleaning up after the previous night’s partiers when he sees a lovely young woman stretched out asleep on a lounge chair. He shakes her gently. Then he touches her neck and feels for a pulse. There isn't one. Her skin is cold, body starting to stiffen, definitely in the early stages of rigor.

When a second girl is murdered, O'Clair knows someone is trying to send him a message. The way the girls are killed reminds O'Clair of a case he investigated years earlier. Now convinced the Pompano murders are related, O'Clair returns to Detroit Police Homicide to review the murder file and try to figure out what he might have missed.

And when Virginia is kidnapped by the killer, the stakes grow exponentially higher.

You can find out more about my guest and their books at:
Peter Leonard - Eyes Closeed Tight"

Email ThisBlogThis!Share to TwitterShare to FacebookShare to Pinterest
Labels: All He Saw Was the Girl, Back from the dead, Book and a Chat, Detective, Elmore Leonard, Eyes Closed Tight, Get Shorty, Peter Leonard, Quiver, thriller, Trust Me, Voices of the Dead