A Book and a Chat with Tina Field Howe 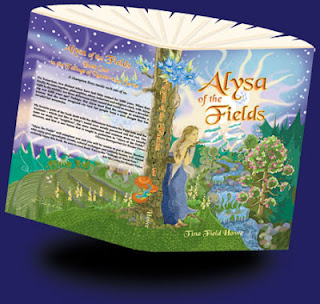 Along my 550 shows I have got to know many authors, some I have even met. However today’s guest Tine Field Howe I have not only met, but joined in her audio show narrating some of the characters during an “open to the public” sample of her award winning audio book taken from the “The Tellings of Xunar-kun Series!”.

I first came across this multi-creative lady with her children book “Snails-worth” which both my children loved. It was interesting to hear during the show that this book has now also been made into an audio, with several of the cast from the “The Tellings of Xunar-kun Series!”, taking roles in the Snails-worth audio.

From Snails-worth I was captivated by the first in the Xunar-kun “Alysa of the Fields”  which received many rave reviews and awards and was soon followed by book two “The TrailFolk of Xunar-ku” which again won the multi-talented Tina many awards an plaudits.

Book three of the series we learned is now in the design stage, having taken somewhat of a back seat as Tina has moved into Screen writing again creating several items ranging from a Romantic/Thriller to a horror movie score.

It would seem no matter what this talented lady turns her hand to, success is never far away.

About Alysa of the Fields (Also and award winning audio book)

Hidden deep in the mountains of planet Xunar-kun, the Field Folk clan believed themselves to be the only remaining people, other than the distant Trailmen, to inhabit their warn-torn world. They were wrong. In coming to realize her individuality, Alysa—a young woman of the Folk—risks all to save her people from certain peril. As a result, long-hidden truths are revealed, age-old hatreds are healed, and Alysa leads her people to a new way of life.

It is four cycles later. The Folk and Trailmen have accepted that they are part of something greater than themselves. They have come together as “the Seekers”. Their purpose: to find the true Parents of the Orphans. But they find something much more insidious and more lethal than any threat they have faced before.

As one reviewer wrote about the audio book…

Alysa of the Fields, by Tina Field Howe, has already been hailed as a magical fantasy masterpiece. Now the author has taken her story to a new level, creating a mesmerizing innovation that will have an enlightening impact on the world of audio books.

Well now that Tina is hitting the big screen trail, who knows what other masterpieces we will be able to enjoy from Tina Field Howe.


So listen now and share an interesting, and entertaining show as I chat with my special guest today on A Book and a Chat with Tina Field Howe

You can find out more about my guest and their books at:
"Tina Field Howe"

Email ThisBlogThis!Share to TwitterShare to FacebookShare to Pinterest
Labels: A Book and a Chat, Alysa of the Fields, Fantasy, masterpiece, multi-creative, Sci-Fi, screen writer, Snails-worth, The TrailFolk of Xunar-ku, Tina Field Howe, YA