A Book and a Chat with Ted Poppe 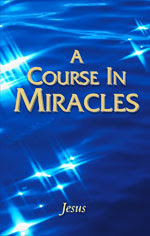 Ted Poppe is the guest on “A Book and a Chat” today, where he shared with us the fascinating story of how he became a publisher and a teacher of “A Course in Miracles” (ACIM).

Ted grew up in Greenwich Village in the 60′s and went to a Jesuit Military High School in New York City before graduating from Jesuit University to become an Intensive Care caseworker for a Catholic Child Care agency.

He went through some difficult and troubling times, before in 1986 after an intense two week period of revelatory experiences, he was shown ACIM while in the Clint Eastwood Recovery Center in Monterrey, California. He was sure it was from Jesus and was the same instructions he was given during the revelations he experienced. He knew he would be involved with this contemporary teaching of Spirit, and felt it was something for everyone everywhere.

After working with the Course for several months, through a process of contemplation of the principles and listening to instructions/guidance from within, he found through his studies that some of the original words told to the scribe (Helen Schucman) had been edited out of the final version of “A Course of Miracles”.

From there ted set out on what can only be described as a very bumpy journey to against legal and copyright cases not only in America but also in Australia, where Ted had been doing much of his teaching.

Eventually after 8 years of litigation they prevailed in the case in NY Federal Court and the copyright was voided and the “Sparkly” as his version of “A Course in Miracles” had become known is now able to be published and shared.

From that Ted has gone on set up his own publishing company “Diamond Clear Vision” and been able to publish several other award winning books, including children books “We Are One” and “We Are Loved”

You can find out more about my guest and their books at:
"Ted Poppe - A Course in Miracles"

Email ThisBlogThis!Share to TwitterShare to FacebookShare to Pinterest
Labels: 13 to Life, A Book and a Chat, A Course in Miracles, Diamond Clear Vision, love, Religion, Ted Poppe, understanding and behavior