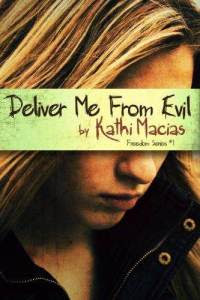 With almost 400 shows under the “Book and a Chat” belt we’ve had many guests appearing several times on shows, today I am very pleased to have one of our most popular and prolific authors back on the show, the one and only Kathi Macias.

Always an interesting and entertaining guest, Kathi shared with us about a new series of three books she has written, once again touching on something that will not only make the reader will enjoy reading about but also make them think.

The first book in the new series is called “Deliver Me From Evil” the start of a series which goes into the world of slavery, or human trafficking. As Kathi shared with us during the show, there are estimated to the 27 million people around the world involved in human trafficking, with upwards of 300,000 in the USA.

In “Deliver Me From Evil” we meet Maria who has been taken by her Uncle to be sold at sixteen she is one of the oldest - she has seen many children die in the conditions Readers will also meet 18-year-old, Bible-college-bound Jonathan and his 16-year-old sister, Leah, whose paths cross Mara’s and who become involved in her dramatic rescue.

Interwoven between the stories of Mara, Jonathan, and Leah is the heartbreaking story of another young woman in captivity in the Golden Triangle of Thailand, whose past life mysteriously connects to the young people in San Diego.
As one reviewer put it…

Growing up in New Zealand , we don't at times realise how blessed and safe though of course we are not short of the horrific crimes that occur but compared to America and other countries we are quite lucky.

Deliver Me From Evil touches base on a topic that scarily enough does happen and more often than not , the number of victims are higher in statistics than the number of survivors and escapees. Overseas, we read that Human Trafficking is one of the biggest crimes - Children mainly from countries like Mexico, South American Countries are taken or sold from their homes by their families with hope that they can get a better life over in America - across the borders. However , more often than not the families of the children who are used for Human Trafficking aren't aware of the consequences as they believe their child is better off when in fact -they are worst off as they are beaten, sold, kept in captivity and not nurtured for.

These children are sold to the highest bidder and used for Prostitution etc. It is a game to many people, but for the girls -they have to learn to stay strong as only the strong will survive. .. (The Phantom Paragrapher)

Kathi told us how she struggled with writing this book series, as even for her the subject and just what she found out from her investigation went to some very dark areas.

I am sure this will be yet another “smash hit” of a series for Kathi. 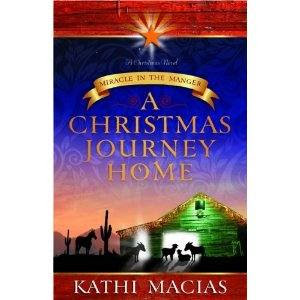 On a lighter note, Kathi also has he first but by no means the last “Christmas Book” coming out.

“A Christmas Journey Home” tells of two widowed woman, one driven by fear and a promise, the other by bitterness and revenge who must make their journeys along different pathways, but with the same destination: a barn full of animals that stands waiting for them on Christmas Eve.

Forced to face their personal demons, Isabella and Miriam soon discover a common yearning that will bind them together in a most miraculous way.

As always Kathi left us with a snippet of her up and coming work, with a second Christmas book already penciled in for 2012, and the release of the further novel in the “Deliver Me From Evil” series, she will be working with other authors on a book series about a fictitious town. I’m sure we will hear more about that during a show next year.

You can find out more about my guest and their books at:
"Kathi Macias - Deliver Me From Evil"

Email ThisBlogThis!Share to TwitterShare to FacebookShare to Pinterest
Labels: A Book and a Chat, A Christmas Journey Home, a must read, Deliver Me From Evil, Easy Writer, human trafficking, Kathi Macias, People of the Book, Red Ink, Slavery