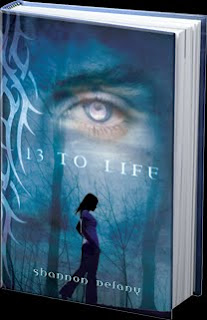 In a show last year I had a Werewolf dial in and speak or rather chat at the guest author that day, in today’s show with guest Shannon Delany I went even better. Having not one but two guest werewolf’s, in the shape of Pietr and Max, two of the stars of her “13 to Life” series.

In a show that all will enjoy, not only did we hear about book two of Shannon’s hugely popular series, “Secrets and Shadows”, but also about the third book in the series to be launched later this year.

Secrets and Shadows official launch date is February 15th, though as we heard some lucky people were able to get an advance sighed copy yesterday at the wonder “The Voracious Reader”.

For those who do not know the series, “13 to Life”

Something strange is stalking the small town of Junction…
When junior Jess Gillmansen gets called out of class by Guidance, she can only presume it’s for one of two reasons. Either they’ve finally figured out who wrote the scathing anti-jock editorial in the school newspaper or they’re hosting yet another intervention for her about her mom. Although far from expecting it, she’s relieved to discover Guidance just wants her to show a new student around—but he comes with issues of his own including a police escort.

The newest member of Junction High, Pietr Rusakova has secrets to hide--secrets that will bring big trouble to the small town of Junction—secrets including dramatic changes he’s undergoing that will surely end his life early. 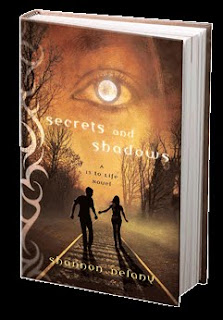 About Secrets and Shadows:

The supernatural stakes are higher than ever now that more than just werewolves prowl the town of Junction--friendships will be formed, choices will be made and allies may become enemies...

Nothing's simple when you run with werewolves. Jess Gillmansen thinks she's seen it all but her eyes are about to be opened to even more danger and a reality far more paranormal than she's suspected.


Secrets and Shadows follows where book one leaves off, answering a few questions left from the cliffhanger ending of book one, as well as leaving a many questions in its own right that already have people clamoring for book three. The relationship between Pietr and Jessie is starting to shows signs of the pressure, not being helped by Sarah. The book also involves Max a lot with both of the Rusakovas brother spending a lot of time as wolves. With Shannon’s normal plot twists and turns, secrets are divulged and new questions asked. It is a fast paced page-turner that will keep the many who have been waiting for this book two, on the edge of their seat and asking when the third book will be available.

Pietr and Max, shared with us much of their enjoyment about appearing not only in Shannon’s books, but as we learned soon to appear with her at book signings.

The show was great fun and one that many will enjoy as they already do with this wonderful YA Authors books.

So sit back and listen to today's thoroughly entertaining show as I host today's "A Book and a Chat with Shannon Delany".

Direct link to the show
"A Book and a Chat with Shannon Delany".

You can find out more about my guest and his books at:
Shannon Delany - Secrets and Sadows