A Book and a Chat with Jennie Helderman 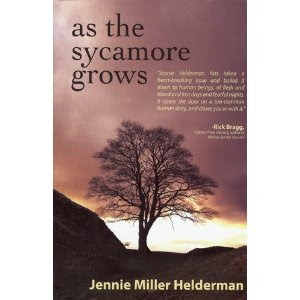 My guest on today's A Book and a Chat is a lady who has been there, done it all and got the tee-shirt. Now Jennie Helderman is sharing with readers, a true story that will disturb, educate and hopefully heal.

From baiting fish hooks to telling stories there never seemed to be enough time for Jennie growing, up and even now her mind is full of stories she yet has to write. He life though has been more than interesting from her work with women’s issues and leadership, community development, public relations and communications, beginning in Gadsden, Alabama, and reaching to national levels. She has been a strong champion of women’s and children’s issues and additionally has worked with child abuse victims.

Along with that Jennie has travelled across five continents, made the pilgrimage of the Camino de Santiago de Compostella in Spain. In the summer of 2002, she worked as a photographer on an Earthwatch archaeology project at the Scavi in Pompeii, Italy. She’s hiked and rafted the Grand Canyon twice; visited 47 US states; climbed Mt. Vesuvius; photographed the Masai people and wild animals in Kenya and Tanzania; and recently toured China and Tibet. So as I said she has many stories yet to be produced.

About “As the Sycamore Grows.”

Imagine sleeping with the enemy in the hills of Tennessee when the enemy totes a Bible and packs a .38. Mike shoved and slapped but his primary tools were isolation and economic abuse "until he discovered the power of the Lord”.

The journalist-narrator meets Ginger, who relates the harrowing tale of her escape from a lonely childhood and two abusive marriages. Her parents embraced a super-strict Christian doctrine which teaches that men lead, women follow and divorce is a sin. Ginger escaped from the first abusive marriage, but it meant leaving her baby boy behind. Her second husband virtually enslaved her in isolation, poverty and physical abuse. Once, on Mother’s Day, he viciously beat her and then demanded that she cut the grass—with scissors.

The story also deals with religious abuse of women. Ginger was brought up in a very strict Christian household, blindly following teachings that helped her attract a batterer. Ginger’s second husband, Mike, grew a Moses beard and learned how religion could be a tool for cruelty and control. “When churches tell women to submit and pray harder”.

“I stumbled on a great story with a happy ending. For me it was a journey of discovery. For Ginger it meant re-living black days and bad times, but she still held nothing back.”

You can find out more about my guest and their books at:
"Jennie Helderman - As the Sycamore Grows"

I'm glad to hear it has a happy ending because the beginning and middle sure sound rough! Sounds like an intriguing and fascinating read though. Thanks for sharing.