A Book and a Chat with Nicholas Oliva 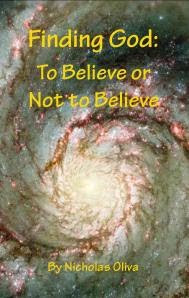 My guest today Nicholas Oliva has been a musician, poet, photographer, an audio engineer, an Entertainment and Technical Director for over twenty-five years, and more recently an author.

His first book "Only Moments" was published in 2007, was written about the lifetime journey of the professional musical career of a husband and wife team to the year 2020. However as we discovered during an interesting show, in writing this book, and some of the actions that happened, it opened up a door to a locked memory of his own life, facing up to the fact that had had been abused himself when young.

Nicholas’s second book, “Finding God: To Believe or Not To Believe” is based on his own near death experience in 2004. He waited a long time to begin writing this book. Firstly and most influential was the reasoning that by taking a stand on what he had experienced and believed, would have many detractors and people who would attack him in order to perpetuate and bolster their own beliefs or perhaps lack of beliefs, using Nicholas as an example.

The book explores the world of science, religion, and atheism and integrates them into the aspects of Twentieth and Twenty-first Century physics, as well as Nicholas’s thoughts on his own near death experience.

As he shared with us, the results have not been without some very negative feedback, as well as the loss of some…so called friends; the result however is a book of contemporary issues are combined with the latest scientific and philosophic theories in the search for real truth of subjects that have brought down entire empires in bloodlust, and have each of us pondering the eternal “Why?”

At the end of the day, as the Beatles once said… “All you need is love”

Direct link to the show
"A Book and a Chat with Nicholas Oliva".

You can find out more about my guest and his books at:

"Nicholas Oliva - Finding God: To Believe or Not to Believe"

Email ThisBlogThis!Share to TwitterShare to FacebookShare to Pinterest
Labels: An Atheist Defends Religion, atheism, beliefs, Book and a Chat, Finding God: To Believe or Not to Believe, near death experiance, Nicholas Oliva, Only Moments, reasoning