A Book and a Chat with "Irene Latham" 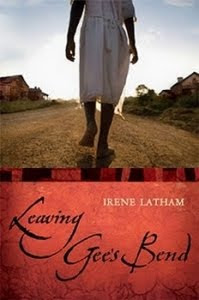 The various guests I've had on "A Book and a Chat" have covered many subjects along the way, however up and tell now, I've never discussed "quilting" on the program before, that is until today. Before you start thinking I'm on some form of craft kick, that is not the case. As we discovered during today's show, my guest "Irene Latham" debut novel "Leaving Gee's Bend" is about a whole lot more than just quilting.

Irene has been producing poetry since the age of eight, with a family that believed not only in reading and sharing what was produced by their children, but also showing them the wonders of the world in a modern form of "Grand Tour".

Irene, resident of Birmingham, Alabama, for the past 25 years, she has published over 120 poems of various books, journals and anthologies, including a full-length collection WHAT CAME BEFORE, which was named Alabama State Poetry Society’s book of the Year and earned a 2008 Independent Publisher’s (IPPY) Award.

During what was a truly interesting, fun and educational sixty minutes, we were told about the story behind the book. How "Leaving Gee's Bend" merges the history of that location in the early thirty's, with a beautiful and meaningful story about a young girl not giving up, not letting herself down or anybody else, as well as the love of a daughter for her mother. It is a story that can make you laugh and cry on the same page.


There is so much information and shared during the show I do not know where to start writing about it. The best thing I can suggest is you listen to the show now or else download the mp3 file and share what was a fascinating one hour show, "A Book and a Chat with Irene Latham

"A Book and a Chat with Irene Latham"

You can find out more about Hope and his books at:
"Irene Latham - Leaving Gee's Bend"