A Book and a Chat with Mike Faricy 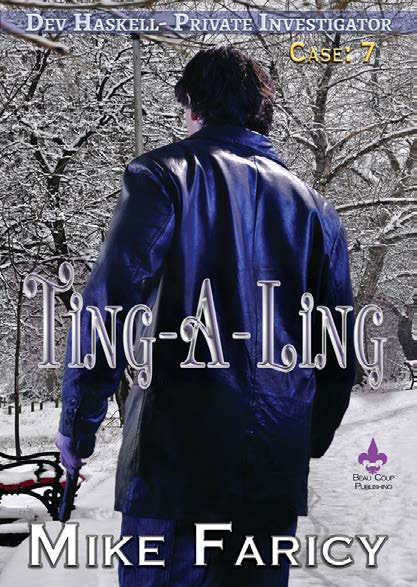 My guest on today's "A Book and a Chat" is award winning author Mike Faricy .  His novels are an addictive combination of mystery and suspense woven together with a rich strain of humor and a bit of romance.

Always into books from an early age Mike entertaining and engrossing tales are filled with the sort of quirky, oddball characters many would like to know more about, but wisely prefer to keep at a distance. Many of the characters serve, not so much as examples of real people, but more as warnings to the rest of us of the darker side of humanity. Readers will not find characters who are saving the world from terrorism, international banking conspiracies, or coups to topple the government. Rather, they are part of our world, living just below the surface of polite society. The difficulties the characters find themselves in are usually due to their own bad decisions, but then, bad decisions make for interesting tales.

From Mike’s first book “Slow, Slow, Quick, Quick” his crime novel which now number 14 include seven in the marvelous series which introduces us to the bizarrely devilish Devlin Haskell as a PI with a foot on both sides of the law. From the first book in the series “Russian Roulette” through others such as “Mr. Softee “ and “Bite Me” to his latest release the “Ting-a-ling”.

After answering Danielle’s middle of the night phone call, private investigator Dev Haskell offers to help. It’s a simple task. All he has to do is deliver a message to her former business partner. The next thing he knows, Dev is involved in a missing person case and he can’t find his client or her business partner. That turns out to be the least of his problems when he finds himself on the hook for murder and all the evidence points toward him.

Meanwhile, an incident from his childhood continues to haunt Dev. With his very freedom hanging in the balance everything seems to be beyond his control. He’ll need all his skill and a good deal of luck to save himself. In a tale fraught with danger, Mike Faricy, Master of the Bizarre lays one twist on top of another until a murder rap becomes the least of Dev’s problems.

You can find out more about my guest and their books at:
"Mike Faricy - Ting-A-Ling "