A Book and a Chat with H. A. Somerled 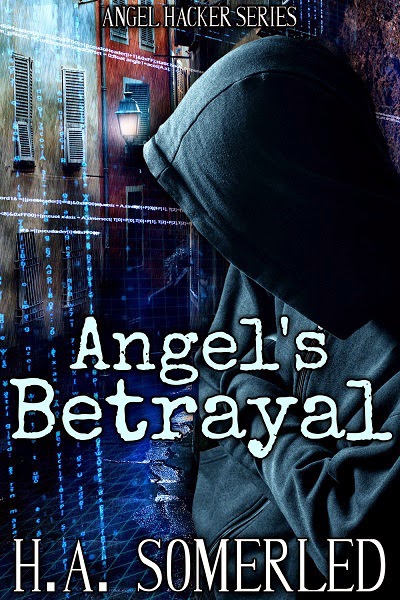 H. A. Somerled (Heather) todays guest on “A Book and a Chat”  lives in the Missoula, Montana area.

After an uneventful tour in the U.S. Navy, she followed her passions and enrolled in Culinary School. She graduated from the Colorado Institute of Art and has also completed a writing course from the Long Ridge Writer’s Group.

From an early age Heather wrote little stories including one about her morning routine where her mother says “Now is the time is the time is the time.” In eighth grade she had a teacher who encouraged pupils to write a journal and hand it in every week. Heather wrote about a creature in her locker (named the Lockerness Monster) who ate her homework, stole one gym sock or shoe, and caused her a lot of grief in middle school. Since then she has written short stories whenever the inspiration hit her.

After watching Sherlock and The Adventures of Merlin and fascinated by the two main actors, (Benedict Cumberbatch and Colin Morgan) Heather thought they could play brothers. Then she thought they could be a police officer and a smart ass brother who always got in trouble. Threw in a female American hacker to spice things up, and it blossomed into her debut novel “Angel’s Code”, which is now closely followed by “Angel’s Betrayal” both part of the “Angel Hacker Series”.

Its summertime and insects are not the only thing flying in the London skies. Oliver and Danny Murray return in this explosive second in the series novel. When two C.I.A. agents appear in Oliver Murray’s office, he knows nothing good could come from it. An American drone has gone missing and the agents believe the one of their own has taken it. The agent’s name is Sara Parsons, also known as Fallen Angel. Maintaining her innocence, Angel tries to find the real thief, but when one of the agents sent to arrest her turns up dead in her flat, Oliver has a hard time believing her. With the help from his brother, Danny, Oliver betrays his own instincts and decides to help Angel find the true murderer and drone thief.

As one reviewer put it… “Intelligent and fast paced, the action is very fun to read with the author's irreverent humor sprinkled throughout the story”. The name H.A. Somerled is one to look for on your book shelves.

So listen now and share an interesting and entertaining show as I chat with my special guest today on A Book and a Chat with H. A. Somerled

You can find out more about my guest and their books at:
"H. A. Somerled - Angel's Betrayal"