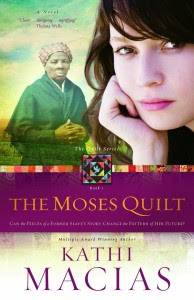 Today’s guest on “A Book and a Chat” is one of my most popular and frequent visitors Kathi “Easy Writer” Macias. Kathi has come a long way since her early days of writing teens and children’s religious/help books such as “Life Can Be Tough” and “Mummy Where Are You”.

Her writing grow as did her following with the “Tony Mathews Mystery Series” before she found her calling both the literary market and in her life by spreading the word about issues and Christians around the world facing the ultimate test of faith.

Her book “No Greater Love” about forbidden romance, an unlikely martyr and an even more unlikely hero in South Africa, launched her “Extreme Devotion Series”. This was followed by “More Than Conquers” (Mexico), “Red Ink” (China) and “People of the Book” (Middle East). The series brought many awards and plaudits to Kathi spreading her name as she spread the knowledge of social injustice around the world.

Firmly now in the literary map, Kathi continued with her new “Freedom” series where “Deliver Me From Evil”, “Special Delivery” and “The Deliverer” which through powerful, heart retching words shared a story about human trafficking that brought a fresh influx of readers and awards.

After a break with the first of her Christmas books “A Christmas Journey Home” Kathi is back with another series that will touch people’s hearts as well as educate them, as well as a second Christmas story.

“Unexpected Christmas Hero” is Kathi’s Christmas book for 2012 which not only has proved yet another huge success but has a story within itself. A powerful story of the homeless and how it can happen to anyone at any time it is a novel that can bring tears and smiles. Willard Parker, the homeless man who appears on the cover of Unexpected Christmas Hero was recognized by a family member and has now been reunited with his daughter and grandchildren.

“The Moses Quilt” is the first in a new “Quilt” three (for now) book series, which shares life and it’s issues.

About “The Moses Quilt” (taken from Kathi’s web site)

The Moses Quilt is a contemporary novel that bridges racial and generational divides. With a realistic and compassionate look into a twenty-first-century dilemma, multiple award-winning author Kathi Macias introduces readers to a confused and apprehensive young woman, Mazie Hartford. Facing major decisions about the love of her life and her future, she must also wrestle with a nagging question about her family’s past. She finds the answer to her questions in a most unexpected way—her great-grandmother’s Moses quilt. As her great-grandmother begins to explain how each patch represents a story of courage and freedom, Mazie must decide if she has the courage and freedom to overcome her own personal fears and prejudices.

As one reviewer described the book…

Kathi Macias is a master storyteller, weaving a tale within a tale, of factual acounts regarding the life of Harriet Tubman and the Gee's Bend quilters. This book is incredibly well researched and accurate in detail. Family dynamics are beautifully presented through three generations of women and their relationships and importance to one another.

The characters in this book are well developed and believable, unforgettable characters to love and cherish. "The Moses Quilt" affected me on many personal levels, as a quilter, as a grandparent to a biracial grandson, my personal freedom from prejudice in my own life, and on an emotional level that is unforgettable. I highly recommend this sensitive, poignant, well-written, authentic story within a story! I will read this book again and again.

The book and the series once again will have the awards and request for more knocking on Kathi’s door.

So listen now and share an interesting, and entertaining one hour special as I chat with my guest today on A Book and a Chat with Kathi Macias

You can find out more about my guest and their books at:
"Kathi Macias - "