A Book and a Chat with "T.P Jones" 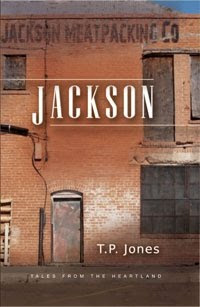 My guest on today's "A Book and a Chat" is author T.P. Jones or Tom as he allowed me to call him, and know not "that" Tom Jones.

Tom knew he was destined to write from an early age, his life long interest in writing was ignited, when in sixth grade, given the assignment of writing a one-page story, he started writing and did not stop eventually turning that one page wrote essay into a thirty seven page story.

Though many of life events have sidetracked Tom along the way, he has, with his trilogy "The Loss of Certainty" followed that childhood dream into adult reality.

Tom's detailed investigation for his trilogy lead him to becoming part of the town Dubuque, Iowa. Here with the blessing of the City Officials (as long as he did not use the towns name) Tom was able to not only able to work with local groups ranging from the police to garbage collectors. He also spent time in the local meat packing plant, something that has a major role in "Jackson" the first book of the trilogy. The second book of which "The Gamble" comes out next month with the final book following later this year.

So check out tonight's show as we find out about T.P Jones, and his "The Loss of Certainty" in what was a really interesting and entertaining show.

A Book and a Chat with T.P.Jones

To find out more information about T.P.Jones and his work visit his web site at:

The Loss of Certainty

Email ThisBlogThis!Share to TwitterShare to FacebookShare to Pinterest
Labels: A Book and a Chat, Barry Eva, Dubuque, Iowa, Jackson, Storyheart, T.P.Jones, The Gamble, The Loss of Certainty