A Book and a Chat with Liz Czukas 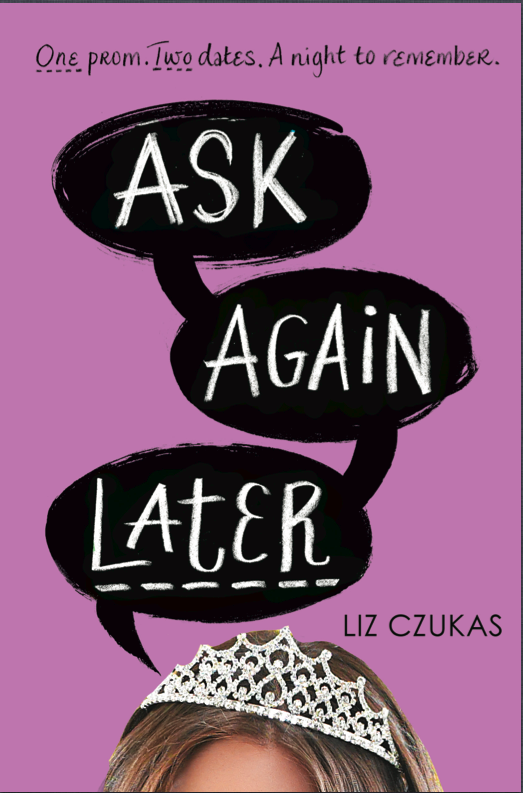 Liz Czukas collects college degrees she doesn’t use, types too loud, and always has a song stuck in her head. She is also one of the YA debut authors in the Class of 2K14 and author of one of the best YA books of this year in the form of “Ask Again Later”.

Having Liz in today’s “A Book and a Chat” was something I had been looking forward to after reading about her and the reviews of this debut book, and the show was no disappointment.

From an early age Liz has always dabbled in writing, not thinking she could make a career of it. Instead she studied Anthropology (Indiana Jones inspired), History (because she loves all kinds of stories), Classics (more stories), then Nursing (because she needed a job), then Midwifery. Along the way she even learned Spanish though only the words that she might use with a woman giving birth.

Liz got serious again when her son was born, using nap times to create her novels. After a couple of false starts she wrote “Ask Again Later” which was snapped up by a publisher and has opened the flood gates for Liz’s creative writing.

Despite what her name might suggest, Heart has zero interest in complicated romance. So when her brilliant plan to go to prom with a group of friends is disrupted by two surprise invites, Heart knows there's only one drama-free solution: flip a coin.

Heads: The jock. He might spend all night staring at his ex or throw up in the limo, but how bad can her brother's best friend really be?

Tails: The theater geek...with a secret. What could be better than a guy who shares all Heart's interests--even if he wants to share all his feelings?

Heart's simple coin flip has somehow given her the chance to live out both dates. But where her prom night ends up might be the most surprising thing of all...

With a second book “Top Ten Clues your Clueless” already on the way the name of Liz Czukas is one that will continue to delight all those lovers of YA literature.

You can find out more about my guest and their books at:
"Liz Czukas - Ask Again Later"

Email ThisBlogThis!Share to TwitterShare to FacebookShare to Pinterest
Labels: Ask Again Later, Book and a Chat, Class of 2K14, debut YA author, Liz Czukas, Must read, Oneforkidlit, prom, Top ten Clues your clueless, YA hit of the year