A Book and a Chat with Robert Bonville 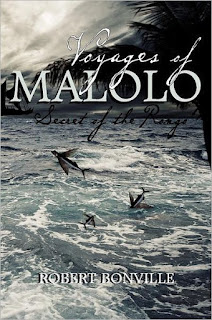 Throughout history or what we perceive as history there are many questions for which there are numerous answers, depending to who you speak. These questions and the fact that we never stop learning or even discovering the past is what has us all at one time of another watching the History channel on TV. Indeed it was one such program that set today’s guest Robert Bonville on a discovery of his own.

Robert was destined to travel, being the son of a coast guard that was in his veins and his own forte into Coast Guard service enable him to be part of “Operation Deepfreeze 62" aboard an ice breaker in the Antarctic. This allowed Robert to visit numerous islands in the South Pacific both going, and on his return voyage. While visiting these islands, the "Spirit of Aloha" returned to his senses, staying with him, and being reinforced when he visited Maui and Kaua'i in the late 90's.

It was though after watching a program on the History Channel entitled "Who Really Discovered America?", that the idea for his book “Voyages of Malolo" came to him

The belief is that the Polynesians had visited places in South America and the west coast of the US, long before Columbus visited our hemisphere in 1492.

These intrepid and heroic peoples of the South Seas, spread their migrations eastward and northward from their origins in Asia, allowed them to discover and populate most of the 20,000 islands considered to be one of the last and final frontiers of habitable earth.

After almost two years of research, the story began to take shape and a year later Voyages of Malolo: "The Secret of the Rongo" was released.

About “Voyages of Malolo: "The Secret of the Rongo" (Taken from “The Range”)

When young Auka’i discovers a piece of driftwood from the east containing mysterious hieroglyphics, the “Rongo”, he and his people believe it is a message from the gods directing them to discover its meaning and the secret it contains. The young adventurer and his crew of uniquely skilled men build a large, double-hulled deep sea sailing canoe and sail east across the Pacific to the coast of Ecuador, more than 8,000 kilometers (5000 miles) from their island home.

Their nearly 3-year voyage of exploration, which ranges up to Mexico and California before heading west to Hawaii, finds them facing many hardships and dangers before returning for a final surprising conflict at home.

This captivating book transports the reader to the South Seas nearly 1000 years ago, as one reviewer put it…

Voyages of Malolo is exciting, fun to read, and teaches the reader about primitive Polynesian culture its language and customs. I couldn't put it down, and feel as though I now personally know the characters of the island Taea, and particularly the crew of Malalo!

So listen now and share an interesting, and entertaining show as I chat with my special guest today on A Book and a Chat with Robert Bonville

You can find out more about my guest and their books at:
"Robert Bonville - Voyages of Malolo: "The Secret of the Rongo"" 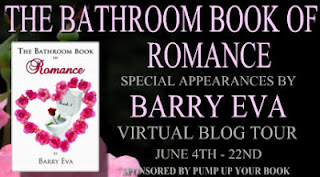 Email ThisBlogThis!Share to TwitterShare to FacebookShare to Pinterest
Labels: A Book and a Chat, adventure, Discovery of America, historical fiction, Polynesians, Robert Bonville, Spirit of Aloha, The Secret of the Rongo, Voyages of Malolo