A Book and a Chat with Renee Bernard

THE ANNUAL RT BOOKLOVERS CONVENTION AND 700 AUTHORS BRING “THE BIG READ” TO THE BIG EASY! 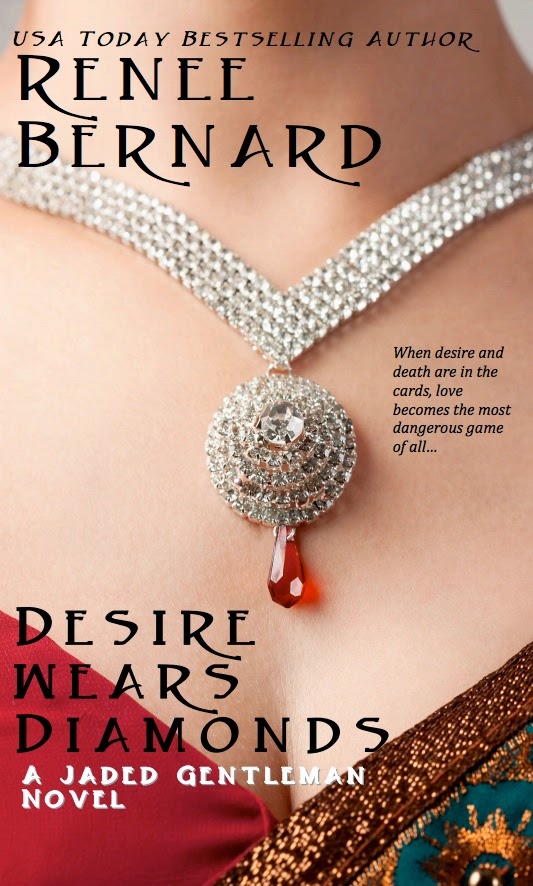 So reads the hand out about the 31st Romantic Times or as it's now called RT Convention, one the the hundreds of guest authors and speakers at the event is today's guest on "A Book and a Chat "Renne Bernard."

What in the world is a retired Navy chaplain's daughter doing writing scorching hot historical romances? Renee Bernard is applying a great education from traveling all over the world to story telling and doing her best to keep her father proud. Truthfully, her father is her number one fan, even though he has sworn never to read a single word of her books (a vow he has kept to this day!) Nothing stops him from telling everyone he knows that his daughter is now a USA Today Bestselling author or from handing out bookmarks on the golf course. Love can make even a minister do strange things!

Renee Bernard is a freelance writer and a contributor to Romantic Times Bookclub magazine. A Lady's Pleasure (Pocket Books, November 2006) was her first novel and won an award from RT for "Best First Historical Romance of 2006". She also wrote a story for the School of Heiresses anthology (Pocket Books, January 2007), which made the USA Today Bestseller List. Madame's Deception, was nominated for "Best Sensual Historical of 2007" by RT and A Rogue's Game, the final installment in the Mistress Trilogy, received 4 ½ stars and a Top Pick from RT and is available now.

Her next books, "The Jaded Gentlemen Series", are available now. The first book in the series, Revenge Wears Rubies (Berkley, March 2010) was nominated for best Sensual Historical of 2010 by RT's reviewers. Seduction Wears Sapphires (Berkley, August 2010) is out now and Ecstasy Wears Emeralds (Berkley, September 2011) will be available for pre-order soon!

WHEN BETRAYAL IS THE ONLY PATH OPEN AND PASSION IS THE ONLY ENEMY HE NEVER ANTICIPATED . . .

The shy soldier and self-appointed guardian of the Jaded, Michael Rutherford, is faced with the ultimate test of his loyalty and honor when he meets the woman who is at once his perfect match and the worst choice he could ever make. The final battle with the Jaded’s greatest enemy will force him to choose between the brotherhood he has vowed to protect and shielding the innocent lady he comes to love. For Michael, it is a dance with the devil for a chance to taste the kisses of an angel.

Grace Porter is no ordinary wallflower or shy spinster hiding in the shadows of her brother’s London home. She is a quiet rebel with secrets of her own and a woman who dreams of an independent life, free to pursue her dreams as a writer. Her imagination holds the key to her survival, but it fuels her retreat from the colorless world around her. Until Michael Rutherford’s arrival upturns her every fantasy and threatens her sanctuary with his lies. His embrace is intoxicating to her senses but Grace isn’t the kind of woman to lose her head—or her heart.

It’s a knuckle-biting race to the finish for fans of the Jaded as fan favorite, Michael Rutherford, discovers the identity of the Jackal and Michael learns that sometimes the price to pay for justice is the sacrifice of hope and happiness. He will risk everything as the Jaded call him out as a traitor and nothing is what it seems.

Renee currently lives in the foothills of the Sierra Nevada Mountains in Northern California. (Note an interesting proximity to great wineries!)

You can find out more about my guest and their books at:
"Renee Bernard - Ecstasy Wears Emeralds"